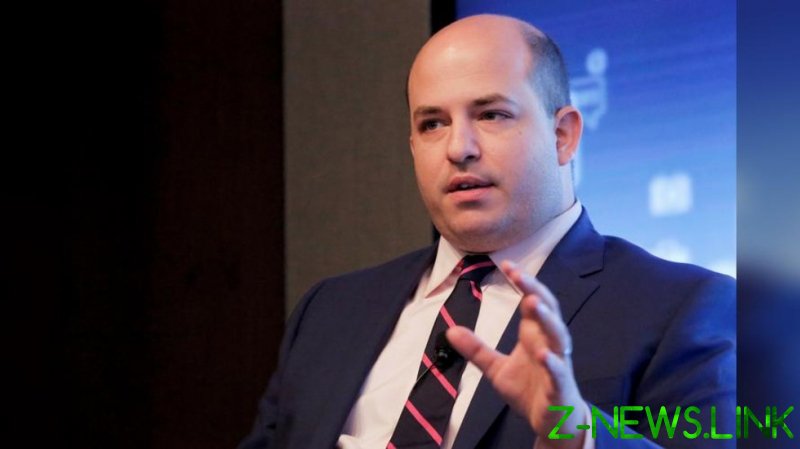 A report this week by Variety Intelligence Platform (VIP) showed that three of CNN’s primetime shows were the biggest ratings losers between November 30-December 4, when Trump was still in office, and March 1-5. Programs hosted by Chris Cuomo, Anderson Cooper, and Don Lemon posted declines in viewership of 29%, 32%, and 33% respectively between the two periods, VIP’s data showed.

As Stelter acknowledged in his article on the post-election ratings decline at Newsmax, “news ratings rise and fall like tides.” But among mainstream media outlets, CNN is clearly falling the hardest after losing the so-called ‘Trump Bump’ in ratings. The fourth- and fifth-biggest decliners measured by VIP were both MSNBC shows – hosted by Lawrence O’Donnell and Chris Hayes – which lost 18% and 17% of their audiences, respectively. Lemon’s CNN show nearly doubled their losses with a 33% drop.

In contrast, no other primetime show lost more than 12%, and Fox’s Tucker Carlson posted a ratings decline of just 4.8%. MSNBC’s Rachel Maddow was second-best in minimizing losses, at 9.1%.

The final days of Trump’s presidency were perhaps the best of times for CNN. From the November 3 election through President Joe Biden’s January 20 inauguration, CNN was the most-watched cable news network, with an average of 1.8 million viewers, according to Nielsen ratings. Fox, the long-time leader, dropped behind both CNN and MSNBC, averaging 1.5 million viewers.

But the ranks quickly changed with Trump safely removed to Florida and the public’s appetite for Orange Man Bad conspiracies waning. Fox said it returned to No. 1 in primetime in February, while CNN lost nearly half of its audience. The losses grew after Trump’s impeachment trial ended in acquittal on February 13.

When Biden gave a primetime speech on Thursday, nearly 4.1 million viewers watched it on Fox, compared with 2.9 million on MSNBC and 2.6 million on CNN.

CNN is averaging 897,000 viewers in March, which Stelter pointed out is way more than Newsmax’s 152,000. But it’s about half the audience that CNN had between Election Day and Inauguration Day. Fox is once again far ahead, at 1.32 million.

Things are rough all over for the anti-Trump media outlets that flourished over the past four years. The Intercept earlier this week posted a statement saying that its donations were down sharply since Biden’s inauguration.

“Similar trends are being reported across media and progressive politics,” the outlet said. “While Trump railed against journalists as ‘the enemy of the people,’ grassroots outrage over Trump’s corruption, racism and incompetence fueled a spike in ratings, subscriptions and fund-raising that became known in the industry as the ‘Trump Bump.’”