Home / WORLD / Even after popular guilty verdict, judge seals names of Derek Chauvin jurors to protect them from ‘harassment’

Even after popular guilty verdict, judge seals names of Derek Chauvin jurors to protect them from ‘harassment’ 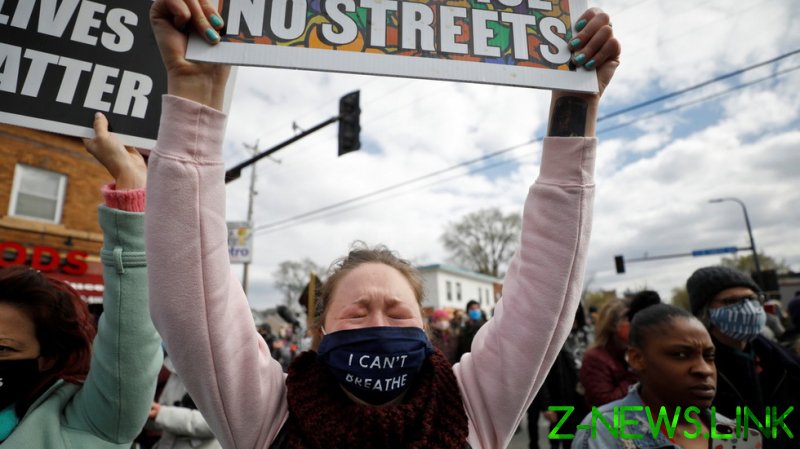 Hennepin County Judge Peter Cahill noted that the court and lawyers in the case had received an unprecedented level of messages and calls, including threats, and some jurors feared media harassment. “In light of all these considerations, the court finds that continuing restrictions on public disclosure of the jurors’ identities remain necessary to protect those jurors desiring to remain anonymous from unwanted publicity or harassment.”

The jury on Tuesday convicted Chauvin of second- and third-degree murder, as well as second-degree manslaughter, in the death of George Floyd last May. Cahill set Chauvin’s sentencing for June 16. The Floyd incident sparked a wave of Black Lives Matter protests, many of which turned violent, across the US.

US Representative Maxine Waters (D-California) had warned last Saturday that if the jury failed to find Chauvin guilty of murder, protesters would need to “get more active” and “more confrontational.” Cahill said on Monday that those comments could give the defense grounds to appeal the upcoming verdict if it went against Chauvin.

Lisa Christensen, an alternate juror in the case, reportedly said in an interview that she feared “rioting and destruction” if Chauvin weren’t convicted. “I don’t want to go through rioting and destruction again, and I was concerned about people coming to my house if they were not happy with the verdict,” she said.

The judge allowed Christensen and other jurors to speak publicly about the case and reveal their identities if they choose to do so themselves.