Home / policy / Evacuation of Wuhan — a mixture of ostentation and idiocy

Evacuation of Wuhan — a mixture of ostentation and idiocy 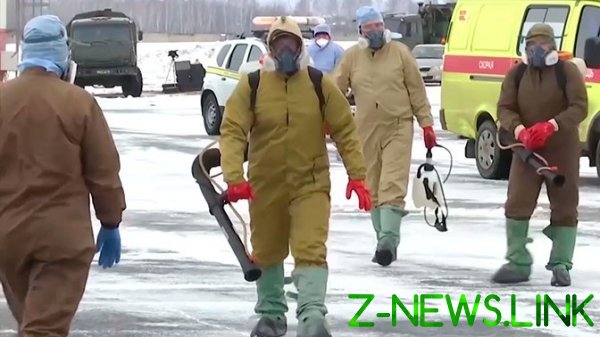 Explosive mixture of ostentation, idiocy, and bureaucratic confusion — that’s what your evacuation from the scene.

Why there narisovannye to evacuate the aircraft of VC? They had to drive two and plant to refuel, and evacuees could not go to the toilet, because the military transport plane it is not there. Neither eat nor drink, or warm clothes, carried like firewood. 140 people — a small passenger plane, what was the problem just Charter a Charter or send Mccosky? People in serious condition was specoborudovanie no luck, but the temperature and airbase to measure can.

The evacuation was announced on 31 January, and brought them only the 5th, is it specifically that exported were more likely to be infected? When you send humanitarian aid to earthquake victims in other countries, how much faster is obtained.

Why do some people lied that lucky in the suburbs. Was afraid to Tyumen will not fly, say, place in Wuhan? Reason told us that this resort, which they called a rehabilitation center, guarded by two rings of Asguardian. It is to the city residents were calm about the fact that the quarantine will not run away from a two-week imprisonment, and if they try, then the guard will not miss? In fact, they are locked in solitary for two weeks, forbidden to go and chat with each other, thank God, though the family promised not to share, and then be delivered to the place of residence, but here, I am sure, will pop up a crap-else conditional to Krasnodar through Moscow in a sitting car.

Even Onishchenko, that odious man, said it was idiocy from the sanitary point of view. But the main thing — a show, because the evacuation can be carried out only for show, not so much for the TV and for the report. The viewer who loves cartoons and all the fake movies, the main thing that everywhere acted military.