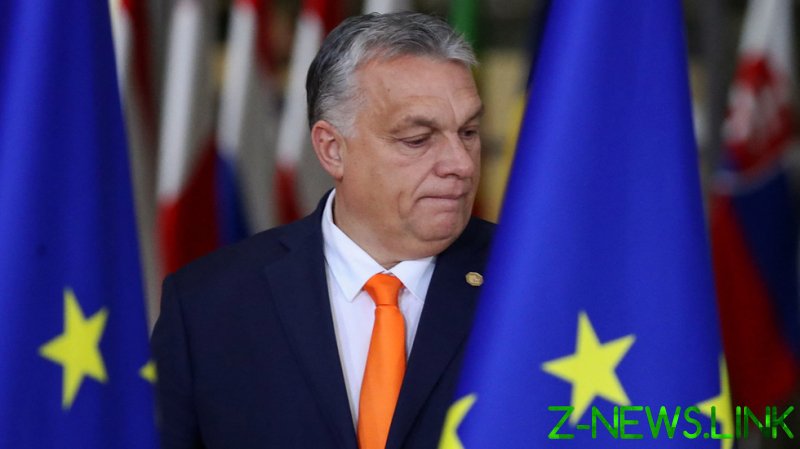 The Hungarian government of Prime Minister Viktor Orban has lost a suit at the EU’s Court of Justice challenging the legality of a 2018 motion by the European Parliament calling for investigation of Budapest’s alleged violations of the EU’s rule of law, that could lead to sanctions and to reduced voting rights for Hungary within the EU.

The formal investigative process in Article 7 of the EU’s Lisbon Treaty is triggered when a member state is accused of violating “human dignity, freedom, democracy, equality, the rule of law and respect for human rights, including the rights of persons belonging to minorities.” But it is manifestly a strategically vague clause, twisted to serve the undemocratic goal of stifling Hungary’s right to democratic dissent.

Hungarian Justice Minister Judit Varga, who blasted the decision as “completely unacceptable and shocking,” earlier in the week called the years-long EU campaign against Hungary on the claimed rule-of-law violations as “hypocritical,” taking the bloc away from a moment that “should be dedicated to building alliances, so that common efforts enable us to leave behind the coronavirus.”

The 2018 European Parliament resolution invoking Article 7 collects a years-long spate of partisan EU-sanctioning attempts against Hungary for supposedly violating the EU’s rule of law in, among other areas, migration, the judiciary, and treatment of NGOs and minorities. But the resolution is really just an elaborate way of griping about Hungary having a unified, democratically elected government that has taken its mandate seriously in refusing to condone irregular migration, putting restrictions on foreign-funded NGOs, and holding national consultations on the link between irregular migration and violent extremism.

As supposed evidence for how these consultations violate EU precepts, the document makes the unsubstantiated and irrelevant claim that they fomented “hatred towards migrants.”

In a March interview, Justice Minister Varga stated that “Without strong nations, the community cannot be strong.” While defending Hungary’s democratic voice, she and her colleagues in government can make the equally compelling case that their EU opponents, not Hungarians, are the real culprits violating EU fundamental rights.

By rejecting illegal immigration, it can be argued, Hungarians are protecting the rights of EU citizens of all racial backgrounds and political views. They can point to their firm stance in support of Israel – refusing to back a blanket statement implicitly blaming both Israelis and Palestinians for the recent conflict in Gaza when 26 other EU countries supported it – and consistent measures to stamp out anti-Semitism in Europe as upholding, not tarnishing, the protection of minorities as enshrined in the EU’s constitutional documents.

They can point to the depths of hypocrisy that are engulfing EU states in Western Europe that, by taking in certain radicalized segments of migrants whom Budapest rightly feels undermine European liberties, are reaping the consequences of increased anti-Semitism originating in those particular communities.

They can point to the European Parliament being mired in politicized insularity after halting ratification of a hard-fought EU investment deal with China over EU sanctions imposed due to controversial allegations of Chinese behavior in Xinjiang, while Hungarian Foreign Minister Peter Szijjarto this week reached agreements with his Chinese counterpart Wang Yi to produce the Sinopharm Covid vaccine in Hungary and to deepen Hungarian-Chinese bilateral relations.

Shortly after being rebuked by the Court of Justice, on Friday Budapest issued its own rebuke in the realm of China policy, refusing to endorse a politicized EU statement condemning Beijing over its sovereign control of Hong Kong.

The EU Charter of Fundamental Rights, one of the bloc’s other foundational documents, states that in upholding the “universal values of human dignity, freedom, equality and solidarity,” the union must embrace “the diversity of the cultures and traditions of the peoples of Europe as well as the national identities of the Member States and the organization of their public authorities at national, regional and local levels.”

EU leaders are subverting this obligation instead of upholding it when they attempt to isolate Hungary. As a result, a cabal of open-immigration-tolerant EU elites and their fellow travelers are too muddled to define EU values, let alone safeguard them. By attempting to sanction a country that is actually making an effort to do both, they insult the entire idea of a European community.