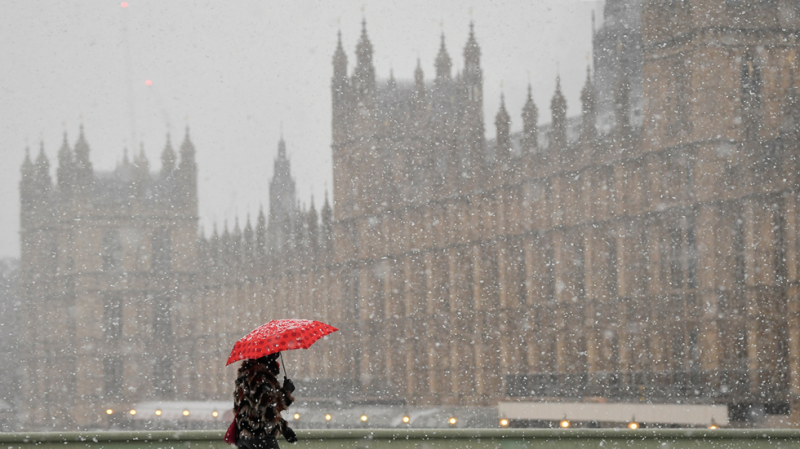 As a result, power outages, stunted economic recovery and political fallout could have ramifications across the continent. In the longer term, the failure of EU policymakers will undermine energy security, make its industries less competitive, and have a negative impact on Europe’s cohesion and role in the world.

Efforts by the US and EU to borrow and spend their way to recovery are failing. Growing debt and money printing are fueling inflation with a predictable impact on energy prices. America’s recent and drastic inflation of the money supply was unnecessarily reckless, given the country was already recovering from Covid-19 lockdowns.

The troubled green transition has also been a contributing factor, as the closure of nuclear power plants, an aversion to coal and the shortcomings of wind power have resulted in growing reliance on gas as a cheap and relatively clean source of energy.

Then there is the EU’s decision to abandon long-term gas contracts that ensure reliable supply at predictable prices. The EU has instead favoured buying gas at spot price, in which supplies are purchased directly from what is already on the market, rather than agreeing to deliveries at a fixed price. The obvious risk, which is becoming apparent across Europe, is that gas spot prices can fluctuate fiercely and there may not be enough available product on the market, as the extraction, processing and transit of the fuel must be planned in advance.

Russia, which has been blamed in some quarters for the crisis, insists it is fulfilling its obligations under the existing long-term gas contracts, although it acknowledges there is not enough available gas to respond to sudden rises in demand. As a result, Moscow is replenishing its own supplies, along with supplying gas to consumers in Asia in accordance with its long-term contractual obligations, and the broader European market is too large to sufficiently boost output on such short notice.

Relations with Russia were destined to be problematic when the West decided after the Cold War to construct a new Europe with Moscow shut out. Russia was expected to abide by the decisions of the main institutions, of which it was denied membership. To square the circle, this demanded extreme asymmetrical interdependence by increasing Russia’s reliance on the West, while reducing the West’s reliance on Russia. Asymmetrical economic interdependence could be converted to political power, as the worst deal presented to Russia would still be the only deal on the table.

Russia was excessively reliant on the West for almost everything, while Europe has to a large extent only been dependent on Russian energy. In the 1990s, Western interests were in the process of establishing control over the Russian energy market until Vladimir Putin took office and brought the vast amount back under state control. The West responded by obsessing about reducing reliance on Russian gas and seeking control over transit states, such as Ukraine where previously 80% of exports passed through.

Moscow aimed to use its important role as an energy provider to get a seat at the table in the institutions of Europe, while the West cautioned against the evils of the Russian “energy weapon.” Much of the West fought against additional pipelines to increase reliable gas supplies as part of this.

Without any intended irony, the US claimed to be defending Europe’s energy security when it placed sanctions on European companies that participated in the construction of the Nord Stream 2 pipeline, over objections from Germany. The hostility to Russian gas appears to have worked, as Moscow is unlikely to construct any more pipelines to Europe, and instead will give priority to the Asian market.

In 2021, Europe is a different place. Russia is no longer attempting to use its position as an energy supplier to negotiate a different political set up on the continent. Instead, Moscow has abandoned its former utopian dreams of being part of a Greater Europe and has instead set its sights on the East to develop a Greater Eurasia in partnership with China. European companies, technologies and consumers are therefore becoming less and less significant for Russia’s energy industry. Former Russian proposals for a common European security architecture and energy market have now been replaced with red lines against further NATO expansionism.

Is a thaw possible?

To resolve the energy crisis, Western Europe needs to have an honest and rational reflection regarding what has led to this perfect storm with its potential long-term implications. Instead, elites are retreating into anti-Russian sloganeering about facing a “hybrid war” and “energy weapon,” which is a comfortable distraction but fails to address the underlying problems of a continent in decline. Increased antagonism merely reaffirms Moscow’s belief that the EU is an unreliable partner, and that Russia’s efforts to develop new economic partnerships must remain a top priority.

Destined to live in a divided Europe, Brussels and Russia should make the best of it by de-politicising energy and forming a pragmatic energy partnership. Russia will behave predictably, in its own national interest, which is to act as a reliable supplier of gas in the pursuit of profitable and predictable markets. Only the EU can stop digging itself into a hole.