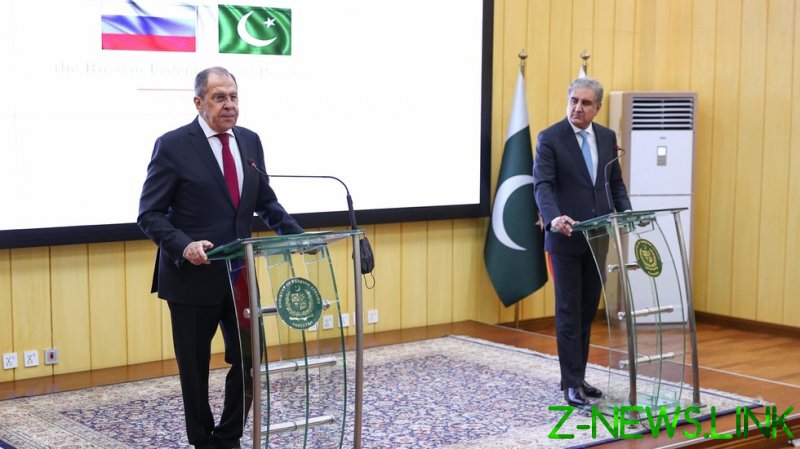 Speaking to Pakistan’s News International network on Wednesday, Russian Foreign Minister Sergey Lavrov said that the grouping would be far from an exclusive club. Instead, “the initiative by President Putin to create a Greater Eurasian Partnership is all about putting unification on the agenda.”

Moscow’s top diplomat said that participation would be “open to all states of the continent,” including members of the Eurasian Economic Union, the Association of Southeast Asian Nations and, “provided they are interested, the European Union.”

While details of how the proposed bloc might function are still to be made public, Lavrov said that it was designed to promote interconnectedness and economic competitiveness, while also working to build peace and stability across the world’s largest land mass.

The creation of the Greater Eurasian Partnership was first put forward in 2016, and Putin has previously described it as a “flexible, modern project, open to other participants.” The idea is comparable, the president said, to existing international blocs, as well as the Chinese Belt and Road Initiative, which was designed to lay down trade networks from Beijing to southern Europe.

“We are committed to implementing bilateral and multilateral infrastructure projects which will link our economies and markets,” Putin said in 2017, as part of a pitch to nations potentially interested in signing up to the partnership.

Relations between Moscow and Brussels have, however, deteriorated in recent months, with the EU announcing a package of sanctions against Russian officials that it claims were responsible for the jailing of opposition figure Alexey Navalny. The measures also targeted those deemed to be at fault for subsequent alleged “human rights violations” during the policing of protests held in his support.

Earlier this year, Lavrov said that the bloc had been in the process of breaking off ties with Russia for years. Speaking at a press conference in March, the envoy claimed that Brussels “has consistently destroyed all mechanisms without exception that existed on the basis of an agreement on partnership and cooperation.”