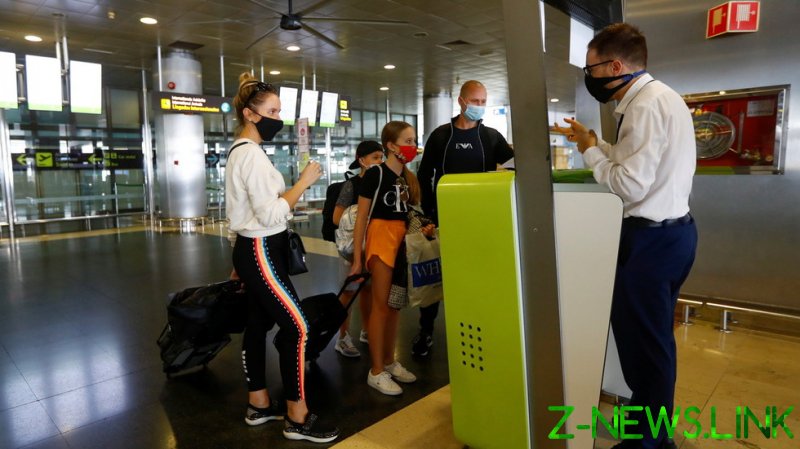 While vaccination is not currently needed to purchase a travel insurance policy for visiting Europe, it will become mandatory if the EU opts to require the Covid-19 jab for incoming visitors, Elvio Chilelli, a representative from EU insurer Europ Assistance, told visa news outlet SchengenVisaInfo last week.

Europ Assistance would be far from the only travel insurer to require customers to get an experimental vaccine, which only received its emergency use authorization last week for the EU. French insurance provider AXA warned that “if customers haven’t been inoculated, they will not be covered” for travel to EU countries that mandate vaccination.

However, they stressed the decision was ultimately up to European regulators. “If there is no requirement from the entering country, we cannot enforce that people have had the vaccine,” a spokesperson told the International Travel and Health Insurance Journal on Monday. The Pfizer-BioNTech jab became the first Covid-19 vaccine to receive emergency use authorization for Europe just last week.

As far back as April, SchengenVisaInfo was warning that “once the risks from the pandemic are reduced… member states will start asking for additional documents” regarding travelers’ health in order to enter the EU. That initially referred to proof of a negative Covid-19 test, with the possibility of a vaccine still hovering in the uncertain future. However, the media has admitted testing methods aren’t nearly as accurate as they were initially portrayed, all while pumping up the multiple experimental vaccines hitting the market with promises of 95 percent success rates.

Global air travel bodies like the International Air Transport Association have revealed they are hard at work on a “Travel Pass” app that will track travelers’ vaccination status across borders, and airlines like Australia’s Qantas and the Philippines’ Cebu Pacific have already declared they will require proof of vaccination for passengers on international flights. The World Economic Forum and the Rockefeller Foundation have already begun testing of their own “CommonPass” health passport, which seems to have the backing of airline trade groups like Oneworld, Star Alliance, and SkyTeam.

However, privacy advocates and even some travel industry lobbyists have warned that vaccine passports would spell the death of both civil liberties and the tourism industry. World Travel and Tourism Council lobbyist Gloria Guevara recently warned that if governments begin requiring vaccination for international travel, it will “kill their sector” – which has already suffered a $3.8 trillion financial blow due to countries closing down their borders amid the coronavirus pandemic.

EU health officials initially criticized the UK’s rush to approve the Pfizer-BioNTech Covid-19 jab, vowing they would wait until December 29 to decide whether to authorize it on an emergency basis. However, the European Medicines Agency advanced the date, supposedly after receiving “additional data” from the vaccine producer – and heaps of criticism from member governments like Germany that insisted they be allowed to “start vaccinating this year.”

The EMA and the European Commission subsequently sped up their evaluation timetable, approving the jab last week. France’s health regulator followed suit days later while praising the jab’s “efficacy and its satisfactory tolerance profile” even in elderly patients.

However, the elderly and frail (and allergic) were largely excluded from vaccine trials, a recent study showed.

In the US, data shows that the start of the rollout in the first four days of vaccine administration wasn’t entirely smooth. It saw nearly three percent of recipients experiencing so-called Health Impact Events, according to the US Centers for Disease Control. Those translated into vaccinated individuals “unable to perform normal daily activities, unable to work, required care from doctor or health care professional.”