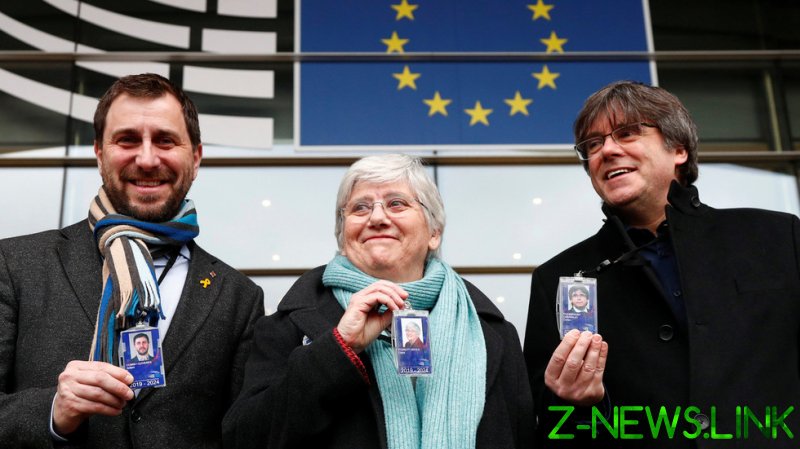 The three politicians were elected to the European Parliament in 2019, after having fled Spain two years earlier to avoid arrest warrants for sedition, after they helped to organize and run the 2017 independence referendum in Catalonia, despite it being banned by Spain’s central government.

Spain had asked the European Parliament to vote to strip the three politicians of immunity last year but that vote had been postponed due to the coronavirus pandemic.

Puigdemont lost his immunity in a 400-248 vote, while Comin and Ponsati lost their protection in a 404 to 247 ballot, confirming a recommendation that was made by a European parliament committee last month.

The committee’s report had laid out how the three individuals should lose their protection against the charges filed by Spain, as the crimes they are accused of committing occurred before they took office and was unrelated to their work as MEPs.

The three individuals will now be at risk of being extradited back to Spain to face charges, with the countries they are currently seeking refuge in left to decide whether to fulfil the judicial request from Spain. Puigdemont, the former president of Catalonia, and Comin, the region’s former education minister, both reside in Belgium, while Ponsati, the ex-health minister, is currently living in Scotland.

Spain is expected to reactivate a European Arrest Warrant that had been issued for charges of sedition and misuse of public funds, and to refer the case to the European Court of Justice.