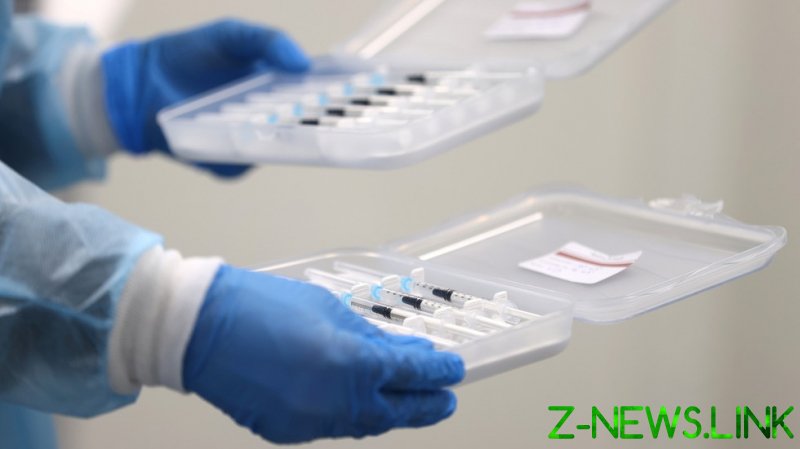 “Yes, I will do the AstraZeneca vaccine,” the prime minister said on Friday during his first news conference since entering office last month.

Italy was among a dozen EU countries to temporarily ditch the vaccine after confidence in the jab was shattered by reports from Austria that a person who took it had died from blood clotting and another was hospitalized.

But multiple EU member states quickly announced they would resume their rollouts of AstraZeneca doses on Thursday following a review by the European Medicines Agency (EMA) that found it to be safe and effective.

In a bid to bolster public confidence, the prime ministers of the UK and France, Boris Johnson and Jean Castex, both received their pre-arranged AstraZeneca injections on Friday.

German Chancellor Angela Merkel told a news conference that she would also roll up her sleeve for the Anglo-Swedish jab but would “wait her turn.”

France’s drugs regulator has remained cautious by only recommending the vaccine be administered to people aged 55 and over from Friday, due to blood clots being  reported in younger people who’ve received it.

Finland has suspended its rollout of the jab altogether “until there is more information,” its public health authority said on Friday, while its Scandinavian neighbours Norway, Sweden and Denmark have said they will not resume their rollouts yet.

The EMA said on Thursday that the AstraZeneca vaccine is “not associated with an increase in the overall risk of blood clots” – known as “thromboembolic events.”

However, the regulator did issue a caveat that the jab may be associated with “rare cases” of blood clots in multiple blood vessels (DIC) and clotting in vessels preventing blood draining from the brain (CVST).

Of the 20 million people to have received the jab in the UK and EEA as of March 16, seven cases of DIC-type clotting and 18 cases of CVST have been witnessed, the EMA said.