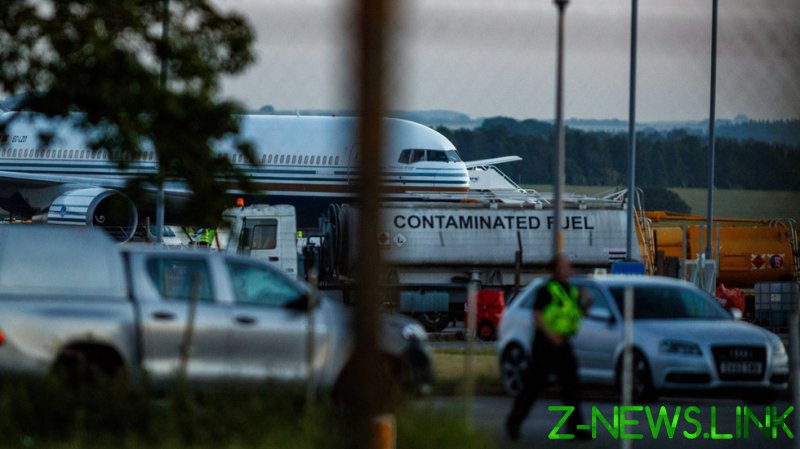 A handful of illegal migrants, whom the British government wanted to fly to Rwanda to process their asylum petitions, have been saved from deportation at the last moment. An injunction issued by the European Court of Human Rights (ECHR) kept their flight on the ground on Tuesday.

The takeoff was canceled while the plane’s engines were already running, Reuters reported. The aircraft was supposed to take eight migrants to Africa in what would have been the first flight of this kind. Initially, Britain wanted to haul some 30 people to Rwanda in a pilot run.

The interim measure was applied in relation to a single case involving an Iraqi man, whose application for asylum was deemed inadmissible by the British authorities and whose case is under review by the UK High Court.

The European court said there were concerns that he “will not have access to fair and efficient procedures for the determination of refugee status” in Rwanda. It also cited the questionable status of the African country as a safe place and its non-participation in the European Convention on Human Rights as reasons for the injunction. 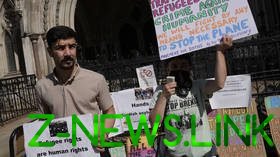 The ECHR intervened after attempts by human rights groups to defeat the government’s migrant-removal scheme failed in British courts. On Monday, the UK Court of Appeal tossed out a request to overturn a ruling passed last week by the High Court, which cleared the way for deportations to Rwanda.

The African nation agreed to host people who enter the UK illegally, and process their applications for asylum in Britain in exchange for £120 million ($148 million). The scheme, announced by the Boris Johnson government in mid-April, was touted as a way of discouraging would-be migrants from breaking the law and to curb the criminal business of people smuggling.

The plan was criticized by defenders of migrants’ rights, the British opposition and reportedly even by Prince Charles, the heir to the throne, who allegedly described it as “appalling” in private conversations.

Home Secretary Priti Patel called the ECHR intervention “very surprising” considering the position of British courts and expressed her disappointment over the delay. Prime Minister Boris Johnson suggested that Britain may consider withdrawing from the Convention, which serves as the legal basis for the litigation of cases in the ECHR.

“Will it be necessary to change some laws to help us as we go along? It may very well be and all these options are under constant review,” he said.