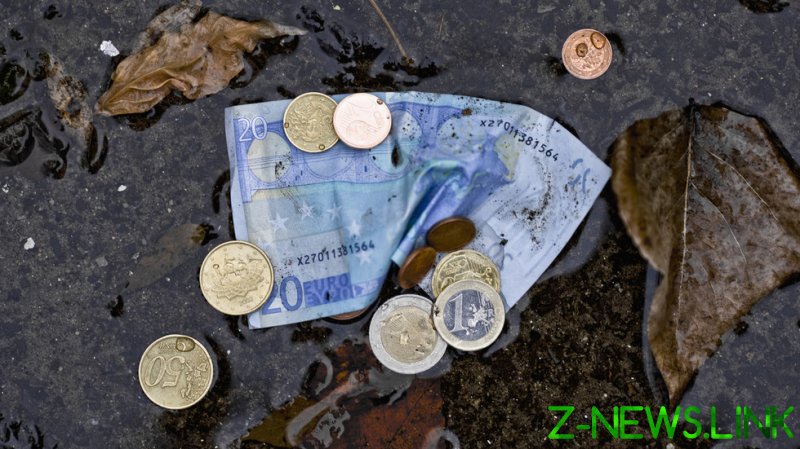 The euro fell below parity with the US dollar for the second time in just over a month on Monday as investor fears of a Eurozone recession mount.

The single currency slid to as low as $0.9935, before paring some losses. That’s one of the lowest levels in two decades after a climb to around $1.03 at one point earlier this month. The euro was trading at around $1.15 in February.

“The end of summer sees the euro back under pressure, partly because the dollar is bid and partly because the Damoclean sword hanging over the European economy isn’t going away,” Societe Generale SA foreign exchange strategist Kit Juckes wrote in a note to clients seen by Bloomberg.

The euro has been on a steady downtrend lately as fears of a Eurozone recession have intensified amid rising uncertainty about Russian energy supplies. In July, the euro hit parity with the dollar for the first time since 2002.

According to Morgan Stanley, the euro could slide to $0.97 this quarter, a level not seen since the early 2000s. Meanwhile, Nomura International forecasts it falling to $0.975 by the end of September, after which the market could be looking for it to break the $0.95 level or possibly lower, as pressure on energy supplies raises the risk of blackouts and will likely necessitate increased energy imports to the Eurozone.