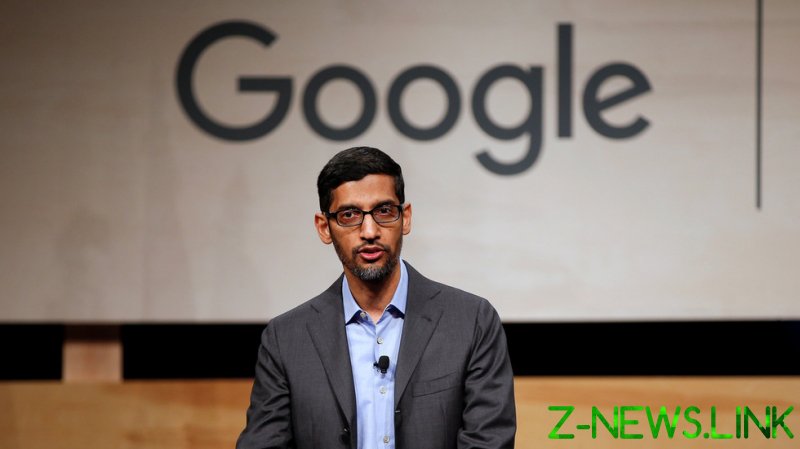 The EU’s Internal Market Commissioner Thierry Breton and Pichai held a video conference late on Thursday after the leak of an internal document from Google, which detailed a 60-day strategy to oppose the bloc’s fresh internet regulations together with other US companies.

“The Internet cannot remain a ‘Wild West’: we need clear and transparent rules, a predictable environment and balanced rights and obligations,” Breton told the Alphabet CEO, according to a statement seen by Reuters.

The Digital Services Act and the Digital Markets Act, due to be announced on December 2, aim to ensure that the internet won’t benefit just a handful of companies, but also medium and small European businesses, Breton pointed out.

“Europe’s position is clear: everyone is welcome on our continent – as long as they respect our rules,” he said.

Sources familiar with the call told Reuters that Breton showed the leaked paper to Pichai, urging him against using “old century tactics” and trying to pit various units in the European Commission against each other.

The Alphabet CEO reportedly apologized for the document, but insisted that he had not seen it or signed off on it. According to another source, Pichai told Breton that he would engage directly with the commissioner if he sees language and policy in the rules that specifically target Google, which is an Alphabet subsidiary.

Google later described the conversation as frank, but open. A company spokesperson said that “Google is committed to continuing to innovate and build services that can contribute to Europe’s economic recovery post-Covid.”