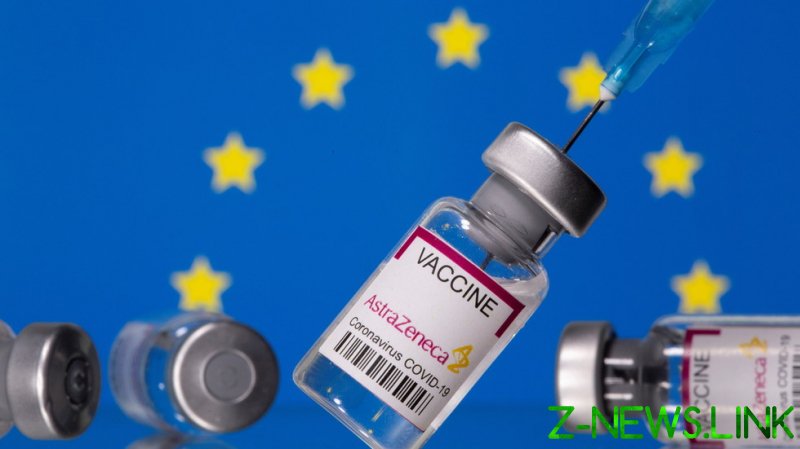 In the tweet on Monday, Stella Kyriakides, the European commissioner for health and food safety, said that every vaccine counts in their efforts to save people against the deadly Covid-19 virus.

“Our priority is to ensure #COVID19 vaccine deliveries take place to protect the health of [Europeans]. This is why @EU_Commission has decided jointly with all Member States to bring legal proceedings against AstraZeneca,” she tweeted.

Sources told Reuters and Politico last week that Brussels was mulling legal action against the pharmaceutical firm, which had vowed not to make a profit from the sale of Covid-19 jab during the pandemic.

AstraZeneca has dismissed the legal action as “without merit” and has vowed to defend itself in court. “AstraZeneca has fully complied with the Advance Purchase Agreement with the European Commission and will strongly defend itself in court. We believe any litigation is without merit and we welcome this opportunity to resolve this dispute as soon as possible,” the company said in a statement.

The EU’s decision comes after the company missed multiple contractual deadlines relating to the delivery of its Covid-19 vaccine.

The company delivered 30 million jabs to the EU in the first quarter instead of the contracted 100 million. It is also projected to miss second-quarter delivery targets by a wide margin.

The vaccine has also faced scrutiny over very rare side effects, including potentially fatal blood clots, and resultantly its use has been limited across the bloc. Numerous highly critical comments have influenced the jab’s uptake, with some doctors in France claiming they’ve had to throw unused and now out-of-date shots away.

Last Friday, German Health Minister Jens Spahn dismissed the idea of suing the Anglo-Swedish firm, after the EU said it would need the support of all 27 nations before commencing legal action.

Speaking at a press conference on Thursday, a European Commission spokesman said that the EU had decided against taking up an option to buy 100 million more Covid-19 shots from AstraZeneca.

The EU has turned to Pfizer and Moderna to secure more shots, saying it would back “proven” vaccine technology in the fight against the virus.