Home / WORLD / EU split on Greece’s calls for arms embargo on Turkey. Apparently principles aren’t so important when there are PROFITS to lose

EU split on Greece’s calls for arms embargo on Turkey. Apparently principles aren’t so important when there are PROFITS to lose 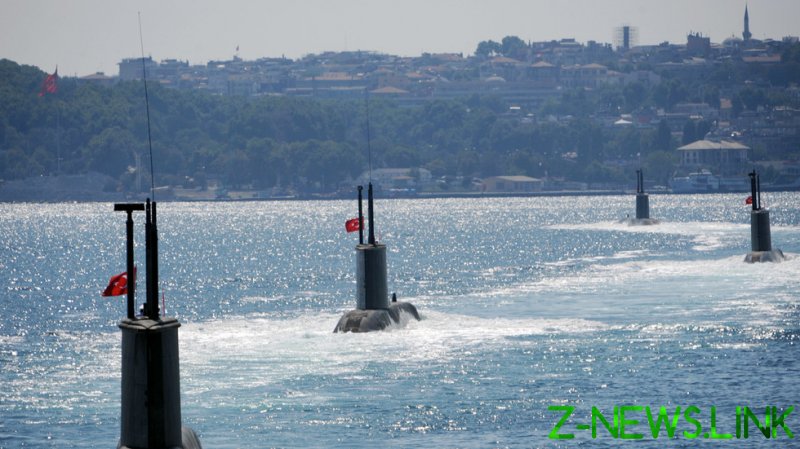 One idea being put forward by Greece is for the 27-member bloc to impose an arms embargo on Turkey. However, as EU leaders gather for a summit this week, foreign affairs commissioner Joseph Borrell is playing down such a move for collective sanctions against Ankara.

Greece has censured Germany – which currently holds the rotating EU presidency seat – for failing to show leadership. Athens complains that the bloc has a common defense commitment and that European nations should not be supplying weapons to a country which could use those munitions against EU members.

Tensions are simmering in the east Mediterranean, where Turkey’s exploration efforts for natural gas has brought it into conflict with Greece and Cyprus over contested maritime boundaries. Ankara has even talked about a “cause for war” and both sides’ naval forces have come to the brink of confrontation earlier this year.

The EU has denounced Turkey for provocations and aggressive maneuvers in the east Mediterranean. But apart from angry words there seems little in the way of practical response. Relations have soured too over Ankara’s military involvement in the Libyan conflict and the recent war in Nagorno-Karabakh. Turkish leader Recep Tayyip Erdogan’s withering verbal attacks on French President Emmanuel Macron over his perceived animosity towards Islam have also inflamed tensions.

But still, where is the European unity to defend its members’ interests? Greece and Cyprus appear to be left out to hang and dry when it comes to the EU showing some mettle towards Turkey.

It apparently comes down to the simple and grubby fact that individual EU states have too much profits to lose if an arms embargo were imposed on Turkey.

Italy and Spain are the second and third largest weapons exporters to Ankara, after the United States, according to the Stockholm International Peace Research Institute.

Germany has also seen its arms sales to Turkey climb dramatically in recent years. Sales to Turkey represent a third of all German weapons exports.

Some EU states are pushing for an arms embargo on Turkey in support of Greece and Cyprus. These include France, Austria, Slovenia and Slovakia. However, Germany, Italy and Spain are blocking a unanimous stance by the bloc, which means arms will continue to flow to Turkey.

Ironically, the biggest sector of the European armament sales to Ankara is naval munitions. Germany is currently in the process of selling six 214-Type submarines to Turkey.

Greece has expressed alarm that such weapons could tip the balance of naval power in the east Mediterranean in Turkey’s favor, thereby emboldening a more hostile policy from Ankara over its maritime claims.

As Greek Foreign Minister Nikos Dendias was quoted as saying: “I understand the financial issue, but I am sure Germany also understands the huge contradiction of providing offensive weapons to a country that threatens the peace and stability of two EU countries. This is the definition of the word contradiction.”

Lamentably, what this shows is the complete lack of unity and leadership in the EU. Politicians like German Chancellor Angela Merkel and European Commission President Ursula von der Leyen have repeatedly called for the European Union to adopt greater geopolitical assertiveness and independence. It doesn’t say much for such grandiose ambitions when the bloc can’t even find a common position to defend the vital interests of its own members.

The pursuit of narrow state interests in the form of boosting profits for national weapons industries exposes the platitudes and hypocrisy of bombastic exhortations for “unity” and “solidarity.”

Berlin and other European capitals are quick and thick when it comes to imposing sanctions on Russia, Belarus, Venezuela and other nations over alleged “principles.” Yet when it comes to protecting profits for arms industries over the declared sovereign rights of Greece and Cyprus in their stand-off with Turkey, then the EU folds like a paper tiger.

How reckless and irresponsible can it get? European nations are fueling conflict in their southern periphery which may end up flaring into war embroiling EU members, who could be attacked by weapons sold by other EU members. It’s a surreal episode worthy of Joseph Heller’s absurdist novel Catch-22.

The ultimate insanity is that all the protagonists are members of the NATO military alliance which purports to uphold security and peace in the Atlantic and Europe. Greece is even appealing now to the United States to supply it with Arleigh Burke-class naval destroyers in its hostilities with Turkey to offset the weapons sales from Germany, Italy and Spain. How does this end? The EU and NATO blowing themselves out of the water?