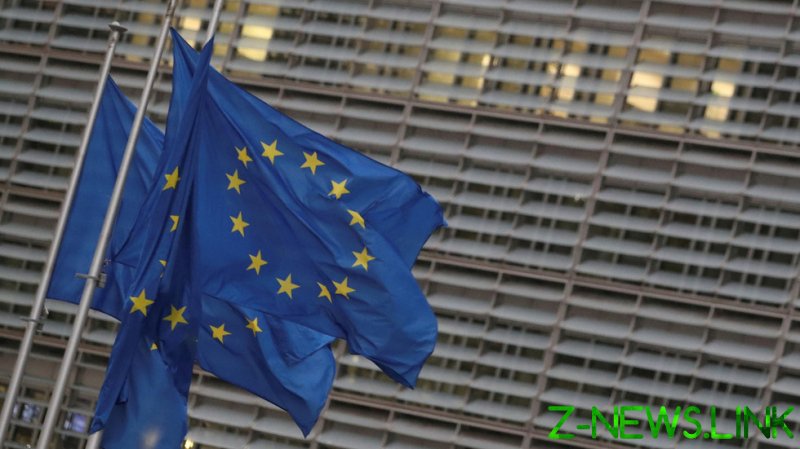 Pierre Vimont, a career French diplomat who served as envoy to the US from 2007-2010, said in an interview that extraterritorial sanctions have become “a privileged weapon of American diplomacy” and that Europe should adopt a new “preventative” approach to dealing with the tactic.

According to Vimont, there is increasing anger in Europe over Washington’s attempts to punish those who “do not follow its political line vis-à-vis Iran or Russia.” As an example, he cited the threats and restrictions leveled by Washington against European firms involved in the construction of the Nord Stream 2 gas pipeline project with Russia. Once complete, it would pump 55 billion cubic meters of natural gas into German from Russia every year, at a cheaper price than gas exported by tankers from the US.

Vimont is not the only thinker calling for a more muscular European response to American sanctions. His interview came as the Jacques Delors Institute, a prominent think tank that calls for a united and assertive Europe, and of which Vimont is a member, published a report recommending a continent-wide pushback against US sanctions.

European leaders, the report recommended, should not think that the US would be more accommodating to their demands under President Joe Biden. “To do so would ignore the steadfast choice the United States has made time and time again in favour of extraterritoriality,” it stated, describing sanctions as the “foreign policy weapon” of choice of Congress, regardless of who occupies the White House.

Vimont and the Jacques Delors Institute argue that EU leaders should first undertake a comprehensive study to calculate the cost of US sanctions on European firms. Vimont noted that companies like France’s Renault and Total have been hit hard by Washington’s unilateral economic war against Tehran, but that there has never been a proper assessment of how these measures have affected European companies that have invested heavily in the country.

Europe should then respond with “retaliatory countermeasures,” both Vimont and the institute argue. These measures could include barring US officials from traveling to Europe, blocking US banks involved in carrying out sanctions and even freezing and seizing US assets to compensate European firms.

The diplomat noted that legislation would have to be drafted in order to give Brussels the ability to use such countermeasures, but just as importantly, Europe would need to have the “courage” to strike back against Washington. Doing so would represent a major shift in attitude from Europe, yet this shift is one Vimont is willing to embrace, with Donald Trump-style trade tariffs suggested as another tool in the continent’s diplomatic arsenal. Such mercantilism would be anathema for many EU leaders, but the institute’s report calls for their use as a “symmetric” and “proportionate” response to US sanctions.

The report cites China as a case that Europe can learn from. Beijing in January issued new rules prohibiting Chinese companies from complying with US sanctions on other countries, and allowing these firms to sue their competitors who obey the sanctions. Similar legislation has existed in the EU since the 1990s, but has largely proven ineffective, as companies end up caught between punishment from Washington or punishment from Brussels. With the law rarely acted on, companies usually choose to toe Washington’s line.

Standing up to the US is a matter of “political will,” the institute’s report concluded, adding that a functioning system of counter-sanctions would be the first real test of the EU’s “strategic autonomy.”

However, while Vimont and his colleagues at the Jacques Delors Institute spout their support for a united and assertive Europe from behind their desks, it is unclear whether the unity and will they call for actually exists on the continent.

“It is vital that our Europe finds the ways and the means to decide for itself to rely on itself, not to depend on others in every area, technological, health, geopolitics, and to be able to cooperate with whomever it chooses,” French President Emmanuel Macron declared last November, promising to push for autonomy and independence. In a phone call with Biden in January, Macron told the new US president that “cooperation cannot be dependence.”

However, Macron is one EU leader out of 27, and Vimont one commentator out of thousands. Whether they represent the vanguard of a new movement or a brief outburst against the US-dominated status quo is a long way from certain.