Home / WORLD / EU seeks to lower its dependency on China

EU seeks to lower its dependency on China 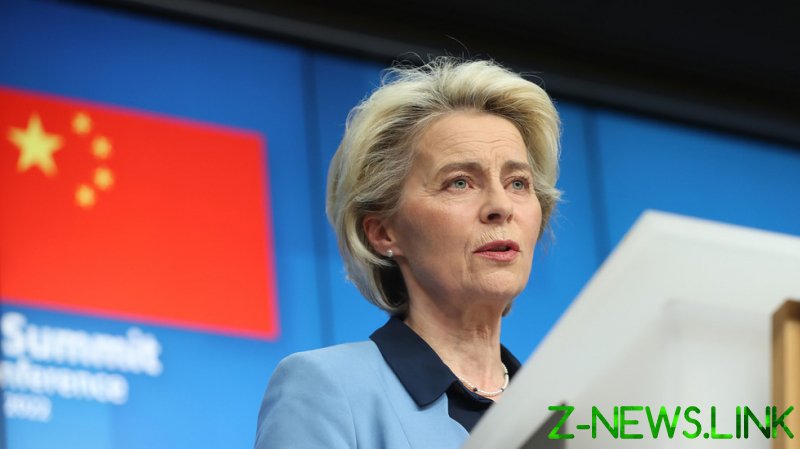 EU Commission President Ursula von der Leyen has called for lowering the bloc’s reliance on China for technologies and raw material supply, warning it may end up in the same situation as with Russian energy supply amid the ongoing conflict in Ukraine. Von der Leyen made the remarks on Friday during a joint press conference with European Council President Charles Michel.

The EU’s ties with China are set to be affected by the strengthening Moscow-Beijing relationship, von der Leyen warned, claiming the country has been pursuing “dominance” in East Asia and to bolster its “global influence.”

“At the same time, we have been witnessing, as you will recall, in February, the so-called no-limits partnership between Russia and China, right before the invasion in Ukraine. These developments will affect the EU-China relationship,” she stated.

Therefore, the bloc must be wary of becoming “dependent” on China by any means, particularly on its technologies and raw materials supply, von der Leyen said, citing the EU’s ongoing economic troubles.

“We have learned our lesson concerning the over-dependency on fossil fuels from Russia, and how tough but necessary it is to get rid of this dependency. In the case of China, it is the risk of dependency on technologies and raw materials,” she said, adding that the bloc’s priorities must be to reinforce its “own capacities.” Apart from that, the EU must “diversify the supply of raw materials towards reliable, trustworthy suppliers,” she said, without providing any concrete examples.