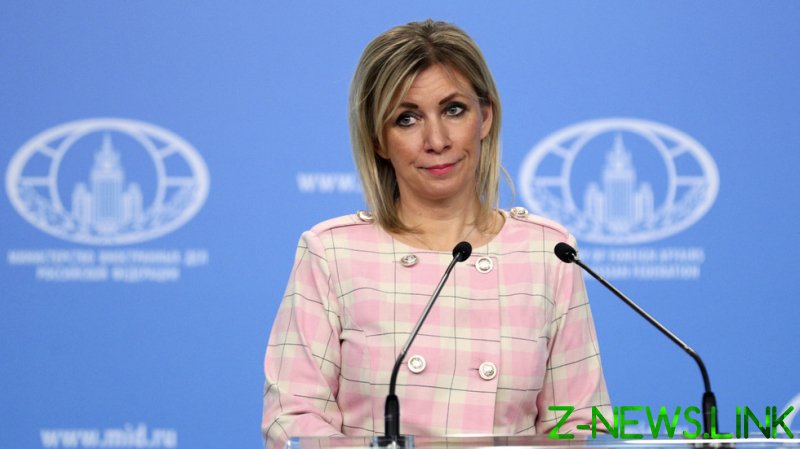 The European Union has imposed sanctions on a series of senior Russian officials – including Defense Minister Sergey Shoigu and presidential chief of staff Anton Vaino – as well RT’s own editor-in-chief Margarita Simonyan, accusing each of helping to “threaten the territorial integrity” of Ukraine.

Responding to Moscow’s decision to recognize two breakaway republics in Donbass, the EU moved to sanction hundreds of officials, lawmakers and even media figures on Wednesday. Among the most senior officials sanctioned was Defense Minister Shoigu, who was accused of supporting the 2014 reunification of Crimea with Russia and “actively supporting and implementing actions and policies that undermine and threaten the territorial integrity, sovereignty and independence of Ukraine as well as the stability or security in Ukraine.”

Foreign Ministry spokeswoman Maria Zakharova was similarly penalized, said to be a “central figure” of Russian “government propaganda,” who “promoted the deployment of Russian forces in Ukraine.” The sanctions will bar each individual from visiting the European Union, while freezing their assets abroad. Additional penalties also imposed bans on imports of a number of goods and services and placed restrictions on Russia’s ability to raise capital in European markets.

Russian officials weren’t the only figures targeted, with RT’s own chief editor Margarita Simonyan also sanctioned. The EU said she used her role at RT to promote a “positive attitude to the annexation of Crimea” and the actions of separatists in the Donbass – who declared their independence from Kiev in 2014 following a US-sponsored coup which removed Ukrainian President Viktor Yanukovych.

A total of 351 deputies in the Russian legislature, the Duma, were also slapped with penalties, for voting to recognize the Donetsk and Lugansk republics in the Donbass as sovereign states. Their votes “further destabilized Ukraine,” according to the European bloc.

President Putin’s chief of staff, Anton Vaino, was sanctioned for his “active role in [the] Kremlin decision-making process,” his influence on the president and for attending “meetings on socio-economic development of Crimea” – territory reabsorbed  by Russia in March 2014 following a referendum. The EU penalties follow a wave of anti-Russian sanctions imposed earlier this week by Washington. The penalties targeted dozens of Russian financial firms, their subsidiaries and a number of individuals alleged to be in the “Russian elite.” An earlier executive order by President Joe Biden also barred virtually all US business activity in the Donbass, while the White House continues to threaten stiffer measures should Moscow take further action in the region.