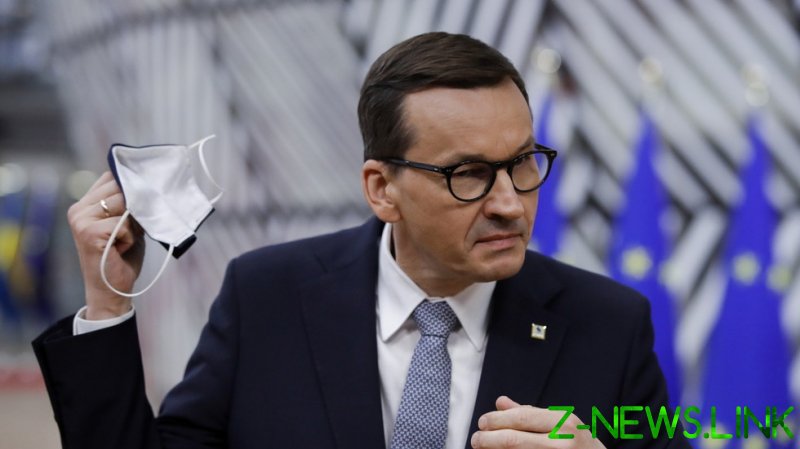 PM Mateusz Morawiecki on Monday wrote to EU leaders, institutions and member state governments claiming that “unfortunately, today we are dealing with a very dangerous phenomenon whereby various European Union institutions usurp powers they do not have under the Treaties and impose their will on Member States”.

We ought to be anxious about the gradual transformation of the Union into an entity that would cease to be an alliance of free, equal and sovereign states, and instead become a single, centrally managed organism, run by institutions deprived of democratic control by the citizens of European countries.

The Polish PM also listed several major challenges that the EU faces, including Brexit, a financial crisis “that threatens to weaken or even collapse the euro area”, and the gas and energy crisis which “threatens poverty for millions”.

“The fate of our Union in recent years is not a chronicle of success. If we want to avoid further crises, we must change our ways,” Morawiecki warned.

The PM also offered his assurances that Poland “remains a loyal member” of the 27-nation bloc, and asked for Brussels to hear the country’s arguments and “be open to dialogue” in hopes of finding “a solution that will strengthen our European Union”.

Morawiecki’s letter comes after the Polish Constitutional Tribunal ruled earlier this month that areas of the EU treaties are incompatible with Warsaw’s laws, concluding the principle that its laws take precedence.

The landmark ruling found Poland has the right to check the constitutionality of EU legislation, as well as decisions made by its Court of Justice.

Last week Morawiecki lashed out with accusations that EU institutions impinge on the rights of its member nations, remarking that “democracy is being tested” and that “we are at a crossroads” in the bloc’s history.

European Commission President Ursula von der Leyen said that the executive body would use all of its powers to ensure the bloc’s law retains primacy in the wake of the Polish ruling.

The law supremacy spat is another point of contention between Brussels and Warsaw. The two have clashed over the bloc’s opposition to Poland’s self-declared LGBTQ-free zones, as well as its Court of Justice ordering the country to pay a €500,000 ($585,550) daily fine for failing to end lignite mining activities after legal action was launched by neighboring Czech Republic over the site’s impact on local residential water supplies.