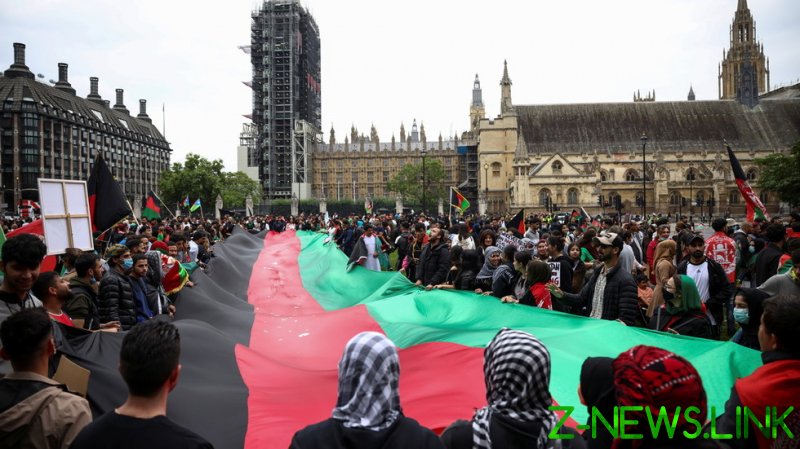 In 2015 alone, over 1.3 million migrants came from the Middle East into Europe. Some made their way across the Mediterranean Sea but many came through Turkey and crossed Europe’s borders with ease, which only encouraged even more people to come. With a potential wave of refugees that may flee to Europe from Afghanistan after the Taliban retook control over the country, Europe’s politicians seem to be somewhat less enthusiastic about throwing open their doors to the travelling masses.

Greece, for example, announced on Saturday that it has erected a 40-kilometre wall on its border with Turkey. The country’s Minister for Citizen Protection Michalis Chrisochoidis justified the decision, stating that “we cannot wait, passively, for the possible impact … our borders will remain safe and inviolable.”

Walls and fences seem to be becoming a more common sight on Europe’s borders. Earlier in the month, Lithuania’s parliament voted to erect a fence on its border with Belarus, to prevent the stream of migrants into the Baltic state. Lithuania’s Minister for the Interior Agne Bilotaite said that “without this physical barrier, it is impossible to protect our borders, it is very clear.”

Now, this all sounds rather Trumpian to me, but no one would dare to admit to it. You see, Europe was scarred by the last refugee crisis and governments across the continent now know that they have to be more hard-nosed when dealing with who has the right, and who does not, to enter their respective countries.

Back then, for example, Hungary was the target of abuse for building a fence along its border with Croatia in 2015 and then erecting another one on its southern border with Serbia in 2017. At the time, Hungary, and in particular its Prime Minister Viktor Orban, was castigated by the European Union and the United Nations for his anti-immigrant stance.

Yet fast forward to 2021, and there is relative silence regarding the actions being taken by Greece and Lithuania. And why is that, I wonder? Could it perhaps be that Europe’s politicians have realised that the massive influx of refugees did not play well with their electorates? Could it be that Brexit has taught the EU a lesson that unfettered freedom of movement is a vote-loser? Or, in some cases, could it be that there are important elections on the horizon?

Whereas Chancellor Angela Merkel invited migrants to make their way to Germany in their droves back in 2015, Europe’s politicians seem less keen to follow a similar path this time. Indeed, Merkel’s own favoured successor as chancellor of Germany, Armin Laschet, stated last week that “the mistakes regarding the Syrian civil war must not be made again.” Laschet is involved in a tight contest for the chancellorship in next month’s elections, and he knows that he will not be victorious if he repeats the mistakes of Merkel.

In France, a similar situation is developing, as presidential elections take place in the spring of next year. In an address to the nation, President Emmanuel Macron warned that “Europe alone cannot bear the consequences of the current situation.” He was subsequently accused of pandering to the far-right and was being dubbed “Emmanuel Le Pen” on twitter. His main rival, the aforementioned Marine Le Pen, went way further and stated that “there is no doubt that this [Afghan] situation will present our country with an increased risk of attacks and the prospect of new waves of immigration.”

The sentiment is similar even in countries that are not facing immediate elections. For example, in Italy, Matteo Salvini, whose Northern League party is topping the polls, said that “Italy cannot afford to welcome tens of thousands of people” and would, instead, only be prepared to take “a few dozen.” In Poland, which does not go to the polls until 2023, the Deputy Prime Minister, Piotr Gliński, said that his country “defended itself against the wave of refugees in 2015, and it will defend itself again now.”

Europe was clearly burnt by the last refugee crisis, and it seems that its politicians are determined not to be so again. Indeed, the would-be refugees – or economic migrants, in many cases – may well find Europe a completely different environment than it was five years ago. It may no longer be the sunlit uplands where borders can be crossed with impunity, but rather a continent that has far more robust policies in determining who is and who is not a genuine refugee. And for the majority of Europe’s electorate, that will no doubt be a boon and not a bane.