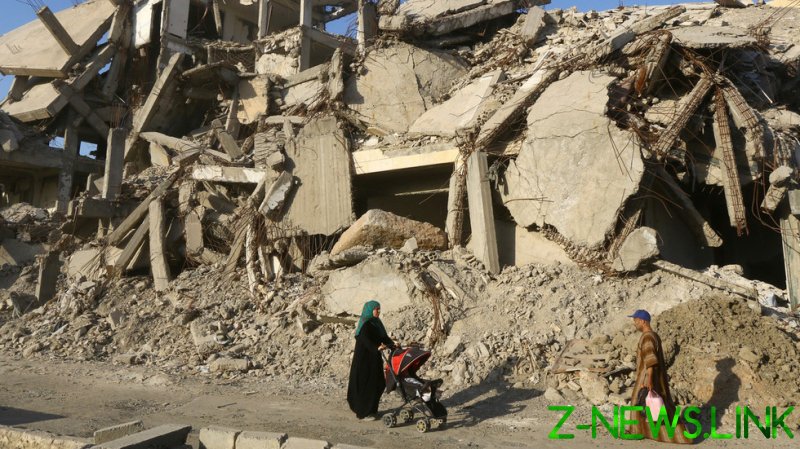 Right after pledging a humanitarian-aid package of some 26 million euro on Wednesday to the Kurdish-controlled breakaway region of Northeastern Syria (NES), EU authorities on Thursday renewed punitive sanctions against the Syrian government of Bashar Assad. That same day, the Syrian leader won re-election as president in a landslide victory, with 78.6% voter turnout.

The pair of EU decisions is impractical: aid-delivery routes to NES through Iraq and Jordan have been closed, and the only current approaches, via Turkey, are fraught with tension as Ankara, having invaded NES in 2019, regards the region’s Kurdish Autonomous Administration of Rojava as a terrorist entity. President Assad’s forces, meanwhile, have regained sovereignty over much of Syrian territory and have made a point of consolidating control over all foreign-aid inflows, including those intended for NES.

True, the rest of the EU’s 130-million euro Syrian-aid allotment for 2021 is allocated for other parts of the country, but earmarking such a large chunk of that aid to a region under an anti-regime, secessionist authority undermines Syrian territorial integrity. This fragmentation, combined with EU sanctions’ suppression of Syria’s economic recovery, are the real causes of the “collapsing economy affecting the country” which EU aid is explicitly supposed to mitigate.

The official EU Council statement on the sanctions’ extension has claimed they “are designed to avoid any impact on humanitarian assistance.” However, in reality, the EU’s partisan aid and sanctions policies have made the humanitarian crisis in Syria significantly worse – and hence more expensive – by exacerbating the problems its policies are meant to address.

The sanctions ban Syrian oil imports by the EU, impose prohibitions on doing business with many Syrian corporations, and freeze the EU bank accounts of the Syrian Central Bank – all of which hamper the government’s ability to generate revenues and procure equipment for alleviating the disastrous effects of foreign-funded war that include economic and social dislocation, food insecurity, and damaged infrastructure. So too have these dire effects of European sanctions impeded European aid workers in Syria from effectively delivering the humanitarian services paid-for by their governments.

A source in the European Commission has stated the aid intended for the Rojava-controlled region, which does not have official international recognition, has been pledged according to “the humanitarian principles of humanity, neutrality, impartiality, and independence, as enshrined in EU and international law.” Yet in extending EU punitive sanctions against Assad’s Damascus-based Syrian government, the Council has justified its measure due to the supposedly “continued repression of the civilian population in the country,” a statement that casts away neutrality and implicitly blames Assad for Syria’s mess.

Much of the repression in Syria decried by the EU has come from Western-backed anti-regime activists, among them Rojava. European governments have often cloaked their support for violent Syrian oppositional elements under the guise of humanitarian aid. For years, a cabal including Germany, Denmark, and the Netherlands reportedly funneled millions in cash infusions through the Mayday Rescue Foundation, which allegedly served as the paymaster for the Western-trained Syrian White Helmets – a group branded by supportive Western governments as a philanthropic organization but one that actually ran civil and medical infrastructure for breakaway Syrian regions under jihadist control.

The Rojava administration has its own checkered past in the realms of democratic transparency and human rights, further illuminating the brand of glaring, politicized inconsistency in Syrian aid of which the EU is guilty. In 2020, Rojava signed an agreement with US-based Delta Crescent Energy for exploitation of NES’s oil resources, ridiculed by the Syrian Ministry of Foreign Affairs as blatantly partisan imperialism, in a statement calling it “an integrated and aggravated theft [that] can only be described as a deal between thieves who are stealing and thieves who are buying, constituting an assault against Syria’s sovereignty.”

Back in 2017, Kurdish-led militias known as the Syrian Democratic Forces (SDF), conducted a brutal campaign to take control of Raqqa from Islamic State (IS) fighters with US support, almost completely destroying the city and killing over 1,600 civilians. There were indicators that in the course of hostilities the SDF coalition deliberately targeted Arab civilians in Arab-majority Raqqa, so as to kill or evict Arab-Syrian citizens who would be most likely to oppose a Kurdish-dominated enclave that would infringe on their rights. One of the most-alarming indicators was that during the fighting the SDF attackers made a deal with their avowed IS enemies, who left the approaches open to Raqqa while the SDF continued to pummel Raqqa’s civilian inhabitants.

Meanwhile, rampant child recruitment is a continuing problem in several Kurdish militias that are part of the SDF.

Such is the type of government the announced EU aid tranche apparently purports to fund. The policy being implemented is not one of humanitarian rescue. Sending money to Rojava would just channel EU largesse to anti-Damascus forces under the flimsy guise of human rights, as the SDF commits human-rights abuses to suit its aim of fragmenting Syria.

By severely curtailing Syria’s international commercial relations through sanctions, the EU is worsening the humanitarian crisis its aid is supposed to alleviate. Continued sanctions prevent the Assad government from fully leveraging the economic gains from its resources – including its national oil wealth – to rebuild a country wracked by civil war largely funded and abetted by foreign powers. Pledges to assist a region controlled by Rojava, with its history of IS collaboration and civilian murder, show Damascus that Brussels cares neither for “impartiality” nor “independence” in this matter, but instead is likely seeking to entrench the region as a partisan, separatist enclave dependent on foreign funding.