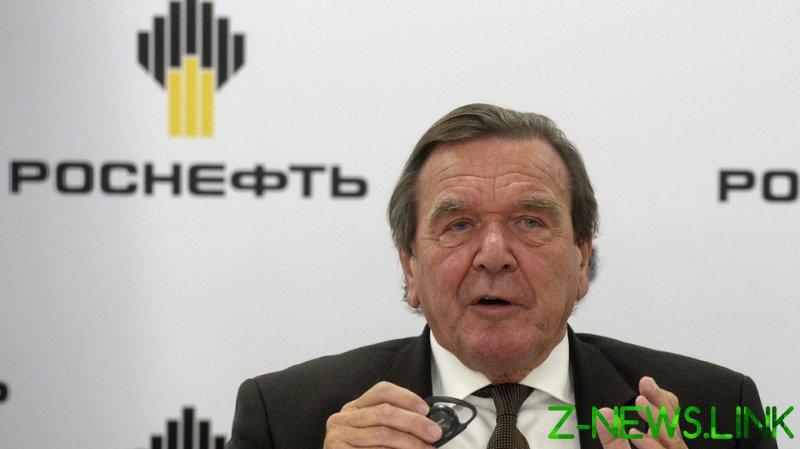 The European Parliament adopted a resolution urging sanctions against former German chancellor Gerhard Schroeder on Thursday over his ties with Russia.

The sanctions, imposed by the bloc over the ongoing conflict between Russia and Ukraine should be applied “to the European members of the boards of major Russian companies and to politicians who continue to receive Russian money,” the legislature argued. Schroeder, who led the German government from 1998 to 2005, is among the prime targets for the potential restrictions, as he has held multiple positions in Russian or Russia-affiliated businesses since leaving office. Currently, the ex-Chancellor has a position on Rosneft’s Board of Directors.

Schroeder has repeatedly come under fire over his ties with Russia before, with the ex-Chancellor facing a renewed assault amid the Russian military operation in Ukraine. While Schroeder was quick to criticize the offensive in general, he also pointed out that “both sides made mistakes,” apparently suggesting that the EU and NATO’s own actions contributed to the conflict as well. 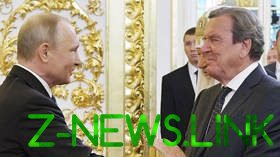 In Germany, the ex-Chancellor has now lost some of his post-office privileges while retaining his pension. The decision to strip him of his taxpayer-funded office and staff was announced by the German parliament on Thursday. Earlier, German Finance Minister Christian Lindner blasted Schroeder over his Russia ties, telling Welt TV that it was unthinkable that he has been “openly doing lobby work for the criminal rule of Vladimir Putin is still given an office by taxpayers.”

The former chancellor has so far resisted the pressure, maintaining that one “cannot isolate a country like Russia in the long run, neither politically nor economically” and Germany would need Russian energy to “keep the economy going.”

“When this war is over,” he added, “we will have to go back to dealing with Russia. We always do.”