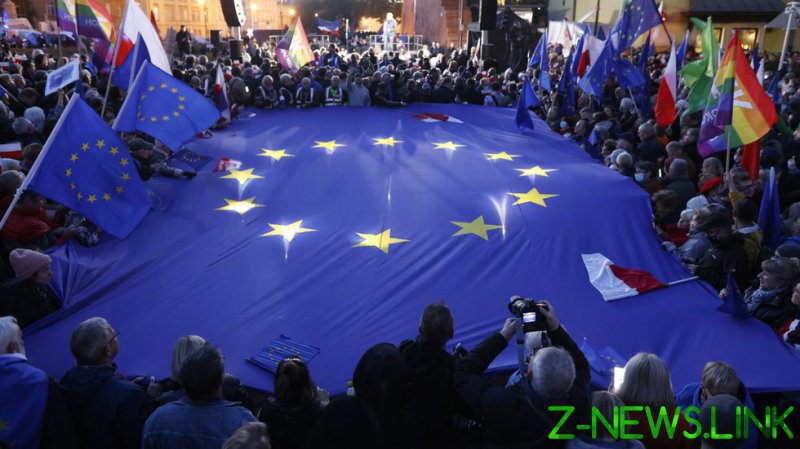 The EU’s top court has dismissed a complaint filed by Poland and Hungary against a mechanism allowing Brussels to punish member states it deems ‘rule-of-law violators.’ The so-called “conditionality mechanism” gives the bloc the right and power to withhold aid funding from a member that is found to be failing to adhere to the union’s democratic principles.

“The court dismisses the actions brought by Hungary and Poland in their entirety,” the European Court of Justice (ECJ) said in a statement on Wednesday.

The ECJ also argued that the democratic values countries should comply with to join the EU cannot be simply “disregarded” after accession. It also said that a member state committing rule-of-law violations might “seriously compromise” what it called the “sound financial management” of the EU budget and the bloc’s “financial interests.”

The court’s decision might see Hungary and Poland losing tens of billions of dollars in aid from Brussels. Warsaw and Budapest argued that such a move on the part of the EU is devoid of any proper legal basis. Both nations, each of which receives large portions of EU funding, have been at odds with the bloc over what the EU calls violation of its democratic principles, ranging from consolidating the government’s control over the judiciary to cracking down on the freedom of the media. 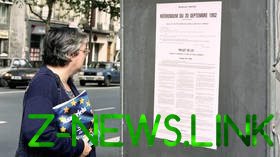 The mechanism, essentially designed to punish rule-of-law violations among the EU member states, has been in place since early 2021 but the EU Commission said it would wait for the ECJ decision before taking any action. The delay was agreed with Budapest and Warsaw in 2020 and secured the two nations’ consent for some EU budget decisions at that time.

Now, the court has said that “the European Union must be able to defend those values, within the limits of its powers.” It also ruled that the EU budget “is one of the principal instruments for giving practical effect, in the European Union’s policies and activities, to the fundamental principle of solidarity between member states.”

The court ruling was immediately welcomed by the EU Commission. “The Commission will defend the Union’s budget against breaches of the principles of the rule of law. We will act with determination,” its head, Ursula von der Leyen said. Other EU politicians also called for immediate action.

Guy Verhofstadt, the former Belgian prime minister and a longtime MEP, said on Twitter that von der Leyen “has to act now” and can no longer “hide behind the court.”

Budapest blasted the decision as a “political judgement.” “The ruling is another application of pressure against our country because we passed our child protection law during the summer,” Hungary’s Justice Minister Judit Varga wrote on her Facebook page, referring to new legislation in Hungary that bans the depiction of homosexuality and gender change to children in the media. 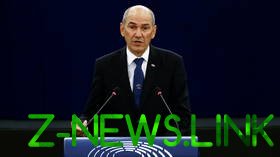 Warsaw blasted the decision as a “dark day” that “will be remembered in the history textbooks.” Poland’s Justice Minister Zbigniew Ziobro slammed the ECJ as a “political tool” of Brussels serving the interests of the EU elites, and accused the “largest EU countries” of attempting to transfer “sovereignty” from the member states to Brussels.

Poland has also reportedly said it would stop paying contributions to the EU budget if cut off from the bloc’s aid funding.

Poland and Hungary had previously argued that the “conditionality mechanism” was not included in any of the EU treaties. They also said the ECJ would be overstepping its powers in approving such a mechanism.