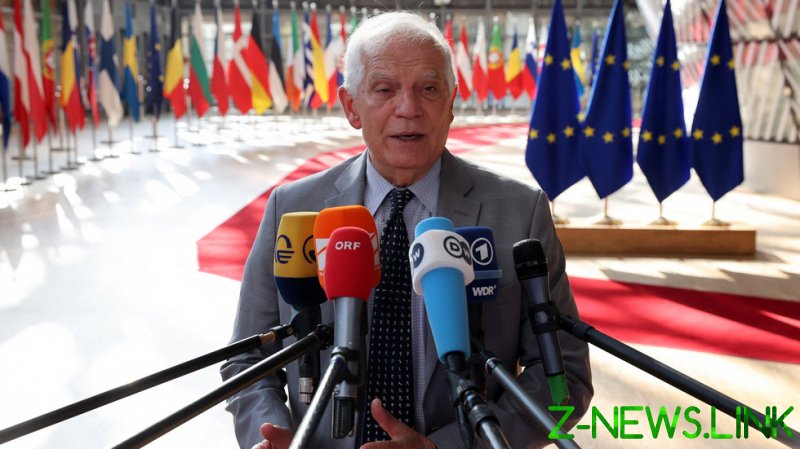 The European Union will wean itself off natural gas supplied by Russia in the coming years, the bloc’s top diplomat promised on Thursday.

Speaking to Television Espanola, Josep Borrell, the high representative of the EU for foreign affairs and security policy, said EU members had come to the conclusion that they are too dependent on Russian gas.

“First it will be coal, then… oil… but it will take more time to [phase out Russian] gas, because we have to adapt, we cannot go from 40% to 0% overnight,” he said. “And Russia knows that we will stop buying its gas.”

“Russia wants to sell its gas, but not necessarily to us,” Borrell added, urging EU member states to cut down on energy consumption voluntarily so that the authorities will not have to enforce mandatory restrictions. 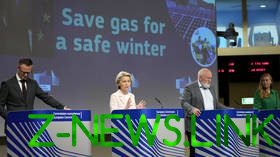 The EU diplomat also said that the bloc had already made efforts to cut back on Russian gas. “We have already started saving Russian gas,” he noted. “Reducing average heating temperature in Europe by one degree is equivalent to saving 6% of gas.”

According to Borrell, before the conflict in Ukraine broke out, Europe imported about 40% of its natural gas from Russia, but that figure has now dropped to around 20%.

“We have approved almost all [sanctions on Russia] that we could have,” he said. “But the situation with the gas is the opposite; the point isn’t that we don’t want to buy it, the point is that [Russia] may refuse to sell it to us.”

Earlier this week, EU nations agreed to reduce their use of gas in preparation for a potential complete stoppage of supplies from Russia. The emergency plan will see member states voluntarily reduce their consumption of natural gas by 15% between August 2022 and the end of March 2023. In adopting this controversial scheme, EU members hope it will soften the impact if Moscow decides to stop deliveries.

Although the plan has sparked some protest within the bloc, European Commission President Ursula von der Leyen defended it, saying the EU “must be prepared for the worst-case scenario,” while describing Moscow as “not a reliable partner for Europe’s energy supply.”

READ MORE: EU’s Borrell has ‘no chance’ against Lavrov – Moscow

Earlier this month, Russian President Vladimir Putin dismissed speculation about Moscow’s intentions to cut off the EU from gas supplies. Despite tense relations between Moscow and Brussels over Russia’s military campaign in Ukraine, Gazprom is “ready to pump as much as necessary,” but it is the EU that has “closed everything themselves,” he said.