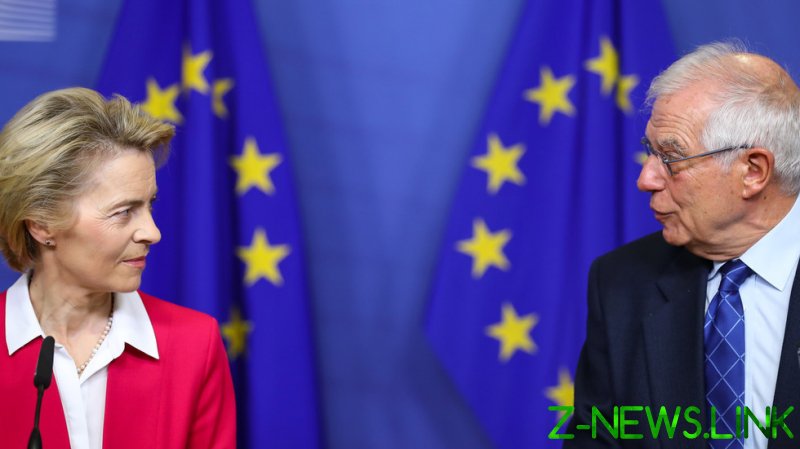 European Commission President Ursula von der Leyen and the European Union’s top diplomat Josep Borrell are to visit the Ukrainian capital this week, a spokesman for the chief commissioner announced on Tuesday.

The two senior officials will meet President Volodymyr Zelensky in person before going to Warsaw on Saturday for an event expressing the bloc’s solidarity with the country, Eric Mamer, chief spokesman for von der Leyen, wrote on Twitter.

The Stand Up For Ukraine event in the Polish capital was organized by the EU and Canada “to raise funding and other types of support to cater for the needs of internally displaced people in Ukraine and of refugees,” according to an EU statement. Western celebrities, including Bono, Madonna, Elton John, Miley Cyrus, Adam Lambert, Céline Dion and Alanis Morissette are expected to participate. Poland is the primary destination for Ukrainians fleeing violence in their country since Russia’s military offensive was launched in late-February.

Moscow attacked its neighbor following Ukraine’s failure to properly implement the 2014 Minsk agreements, and Russia’s eventual recognition of the Donbass republics in Donetsk and Lugansk. The German and French brokered protocols had been designed to regularize the status of those regions within the Ukrainian state.

Russia is demanding that Ukraine officially declare itself a neutral country that will never join the US-led NATO military bloc. Kiev insists the Russian offensive was completely unprovoked and has denied claims it had been planning to retake the secessionist regions by force.