Home / WORLD / EU is split on taking Afghan refugees, and it’s hard to blame those who don’t want another mass influx

EU is split on taking Afghan refugees, and it’s hard to blame those who don’t want another mass influx 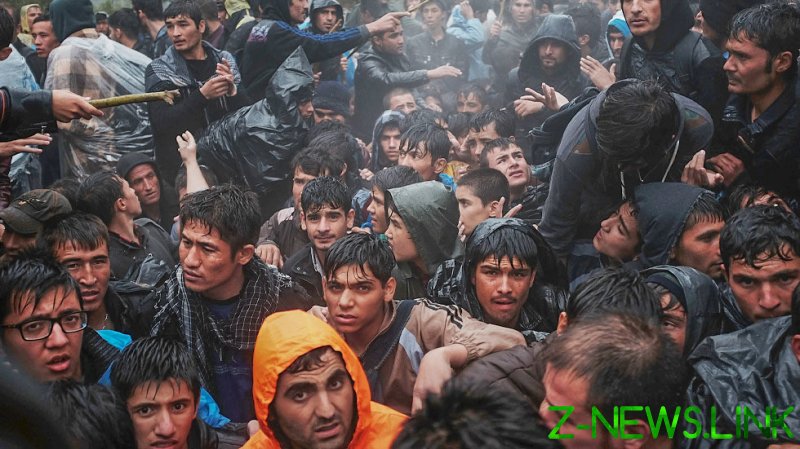 Cracks are beginning to develop within the EU regarding its response to the inevitable Afghan refugee crisis. Whereas some member states want the bloc to continue with a liberal approach and welcoming fleeing Afghans, others seem determined not to see a repeat of the mistakes made five years ago.

These differences burst out into the open yesterday, when the EU’s interior ministers met in Brussels. For example, Luxembourg’s Jean Asselborn, who is keen to pursue a liberal policy, argued that “it can’t be just the UK that has pledged 20,000 settlements. Europe must also go in that direction.”

Asselborn was shot down by Germany’s Interior Minister Horst Seehofer, who signalled that his country was not overly keen to repeat the folly of five years ago. He angrily responded that “Mr Asselborn should look at the problems of the big countries in the EU more” because “we’re not talking about hundreds of people, but about many thousands who are already in Germany, and we have to make sure… that these people are not a security risk.”

It seems as though the EU states that bore the brunt of the last crisis are turning on those who were largely unaffected. It is also interesting that those countries who want to maintain a liberal approach are both small and Western, such as Luxembourg and Ireland. Yet those who are demanding a tougher approach are either Eastern European member states, which were crossed by hordes of migrants heading west, or those Western countries that were the final destination.

Austria’s Interior Minister Karl Nehammer said, “The most important thing now is to send the right message to the region: ‘Stay there, and we’ll support the region to help the people there’.”

Yet even before this current crisis, Austrian politicians had made it clear that they did not want to see another influx of Afghans. In recent times, the Austrian public has been outraged by crimes committed by Afghan asylum seekers against women. Indeed, a poll conducted for The Oesterreich newspaper revealed that up to 90% of respondents backed the Austrian government’s decision to continue deporting failed Afghan asylum seekers, regardless of what is going on in Afghanistan.

Similarly, in France, President Macron has been warned by the Institute for Justice, a respected think tank, not to open the door to Afghan refugees, as the result would be a crime wave. Pierre-Marie Sève, the author of the report, warned Macron that it “would be a serious mistake that would further clog up the courts, further aggravate insecurity and certainly cost the tranquillity, even the lives, of our fellow citizens.”

Another concern for EU politicians is the prospect of further terrorist attacks. Since the huge influx of migrants in 2015–16 Paris, Brussels, Berlin, and Manchester have all witnessed terror attacks. This led Slovenia’s Interior Minister Ales Hojs, whose country occupies the EU’s rotating presidency, to warn that “we are afraid this situation could again result in terrorist attacks on EU soil.”

There is clearly a shift in opinion amongst Europe’s politicians, which is a point I made recently when highlighting the number of walls and fences that have started to appear on the continent’s borders. This change was epitomised by Denmark’s Immigration Minister Mattias Tesfaye, who recently told a Swedish magazine that “my dream is zero asylum seekers in Denmark,” before adding that “I believe that the existing European asylum system cannot be defended either morally or politically.”

Fleeing Afghans will find Europe a very different place than the Syrians did five years ago. This is no fault of their own, but the result of policy failures during the last refugee crisis, the criminal behaviour of some asylum seekers, and the fact that many who made their way to Europe five years ago were not actually refugees, but economic migrants posing as such.

It seems, however, that Europe is finally about to get tough on this issue. For those of us who argued for tighter measures during the last crisis, it is all coming five years too late.