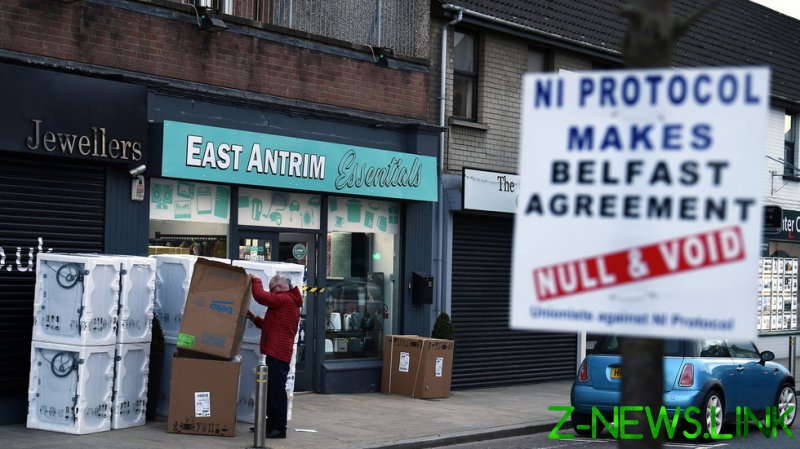 “If they were, they would not be taking the action that they’re taking at present,” she noted, adding that the ongoing rows and threats between London and Brussels were “totally disproportionate” to the issues, mostly concerning trade, being faced.

“We need [the protocol] to be replaced because certainly extending grace periods are only sticking plasters to what are really fundamental problems in terms of trade,” she said.

The Northern Ireland Protocol, which works to allow the frictionless movement of people and goods on the island of Ireland by introducing a series of customs checks between Northern Ireland and the rest of the UK, has been a persistent area of disagreement in the two months since London and Brussels agreed on a post-Brexit accord.

On Thursday, Maroš Šefčovič, the European commission vice president, said that the EU would be launching imminent legal action against the UK following London’s decision to unilaterally delay implementation of the Brexit deal which relates to Northern Ireland.

On Thursday, RTE also reported that the EU had elected to shelve a vote on the ratification of the Brexit deal following London’s move.