Home / WORLD / EU fury at UK’s diplomatic snub shows it for what it is, a petty old boys network focused more on status than tackling big issues

EU fury at UK’s diplomatic snub shows it for what it is, a petty old boys network focused more on status than tackling big issues 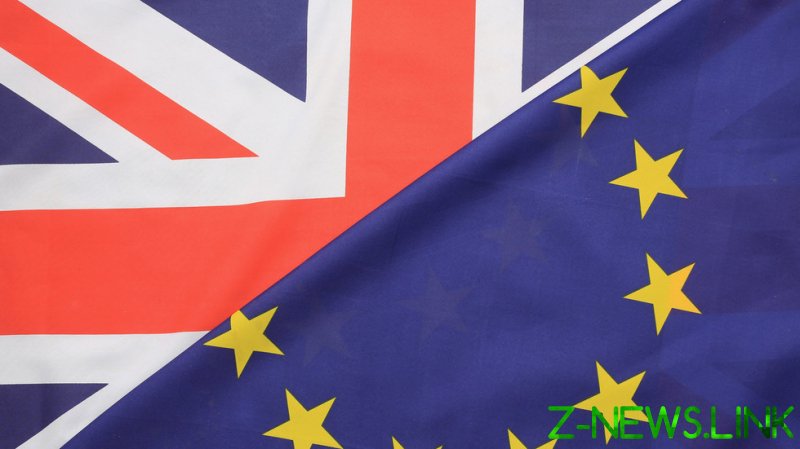 Britain’s decision to downgrade the diplomatic standing of both its representative to the European Union and the bloc’s ambassador to the UK makes perfect sense to most. But it has certainly upset the canapé tray in Brussels.

After all, as British logic would have it, the EU is not a country, it is simply an international organisation. So it seems a bit of an ask for João Vale de Almeida and his 25-strong mission to expect all the privileges and immunities reserved for nation state diplomats under the Vienna Convention.

As things stand, the UK has pledged the ambassador and his team will have “all the privileges and immunities necessary to enable them to carry out their work in the UK effectively.” What more do they want? But that’s how it is with the EU, miffed at having its high-falutin ambassador to the United Kingdom given a dose of reality on the grounds that it isn’t a country.

For the EU’s designated man in London, who previously enjoyed stints as ambassador to the United States and, subsequently, the United Nations, this could be seen as something of an insult.

Heaven knows why, because Foreign Secretary Dominic Raab is showing some consistency. After all, the UK’s new EU ambassador, Lindsay Croisdale-Appleby, will step into a role that has been taken off the top tier of Foreign Office importance. Where the role of ambassador to the EU was formerly considered as important as that of his counterpart in Washington and allocated grade 4, now it only ranks equivalent to those posts in Berlin and Paris on grade 3. But don’t worry, he’ll still have the car and the salmon vol au vents.

At the heart of this contretemps is not Brexit, as some might insist. In the rarefied atmosphere of international diplomacy, those who attend the constant receptions, the global forums, and the high-level inter-governmental discussions are always weighing up their fellow guests and delegates – who are they, and what are they doing here?

Someone important? Assistant to someone important? A nobody? A waiter? I’ve been to enough of these gigs to know how it works. The constant looking over the shoulder of the person being spoken to in case somebody more important is suddenly free for some small talk and flattery.

It’s all about access, which provides information. In turn, information underpins knowledge, and as we all know, knowledge is power. So when this world of fragile egos is threatened, those who think their access may be limited fear for their place inside those high-level confidential circles that operate at a geopolitical level. They would do anything to scramble their way back into favour.

As Robert De Niro pointed out to his hapless son-in-law in Meet the Parents, who he has recently condescended to admitting to the Focker family’s hallowed “circle of trust,” once you are out, you’re out… there is no coming back.

So it is with diplomatic circles. You might have the chauffeur, you will still receive all those invites to extraordinary residences dotted around the world’s capitals, but you are just outside the loop – and it hurts. Particularly when you spent so many years on the other side.

For the UK, it is an advantage to put just that little bit of extra distance between itself and the EU. They have some big issues brewing up a storm of which Britain wants no part.

At this week’s meeting of EU leaders, those on the video call were told they should consider donating some of their coronavirus vaccine doses to poorer nations outside the bloc who are finding it hard to source and pay for enough immunisation for their people when wealthier countries are hoovering up as much as possible.

And elsewhere, there is upset within the European Parliament over the newly-signed EU trade deal with China which has ignored the country’s human rights record, particularly over its treatment of Uighur peoples, just a year after MEPs awarded the Sakharov Prize for human rights to jailed Uighur intellectual Ilham Tohti.

These are the big EU issues that should be the centre of their focus and debate, not adolescent upset at being bumped from the grown-ups’ table. And the fact that this matter has ruffled so many feathers confirms everything we ever knew about the pettiness of Brussels and its bureaucrats.

Just because the EU ambassador is afforded full diplomatic status by 142 nations does not mean the UK must follow suit. Sovereign nation to sovereign nation, sure, we’ll play ball. But acceding to EU demands just to soothe bruised pride? Well, that’s a whole different game and the UK has chosen to make the rules this time.