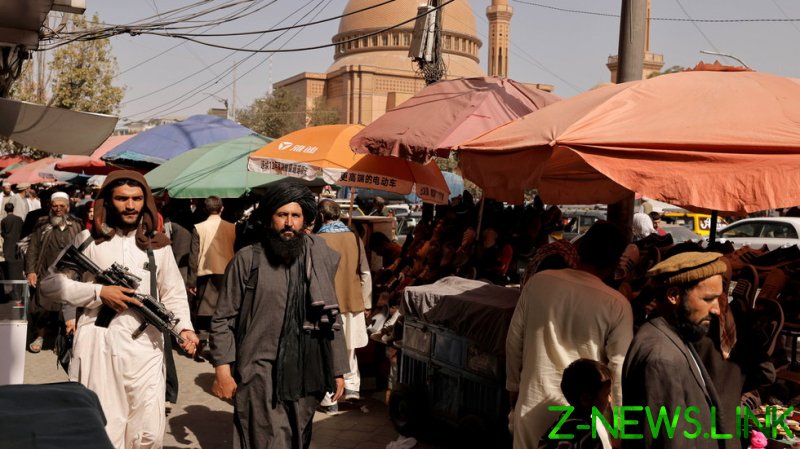 “We need to have people on the ground in Afghanistan, in addition to our humanitarian workers,” Borrell wrote in a blogpost on Sunday, without specifying who those “people” might be.

“So, the question is not if we should have a minimal EU presence on which all member states agree, but when and how,” he added.

The bloc is working on possible options to bring back its representatives to Afghanistan, with European External Action Service (EEAS) officials already returning from an exploratory mission to the country, according to the diplomat.

An EU delegation of some 400 staff had been among over 120,000 people flown out of Afghanistan during the chaotic evacuation of the US and its allies in late August. The airlift followed the capture of Kabul by the Taliban as the radical group needed just a few weeks to overpower the Afghan government forces amid the withdrawal of American troops from the country.

The EU presence is again required in Afghanistan because it’s “experiencing a serious humanitarian crisis and a socio-economic collapse is looming” under Taliban rule, Borrell insisted.

Food prices have spiked by more than 50%, the banking system remains paralyzed, while healthcare in the country, which has been heavily dependent on foreign aid, is now on the brink of breakdown, he said.

The foreign policy chief also expressed concerns about reports of human rights abuses by the Taliban, including the exclusion of girls from schools and universities.

The EU has increased its humanitarian aid to Afghanistan from €57 million to €200 million since the Taliban takeover, but halted its development assistance to the country, along with the IMF and the World Bank, according to Borrell.

“The worst scenario” will only be avoided if the “Taliban takes the steps that will enable the international community to assist the Afghan people,” including in the field of human rights, he insisted.

The group must allow humanitarian flights and create conditions for female staff of the UN and other agencies to be able to work in the country unhindered, among other things, the diplomat added.

Borrell’s blog post followed his visit to Qatar last week, when he tried to persuade the authorities in Doha to use their “privileged contacts” with the Taliban in a bid to moderate the group’s behavior.