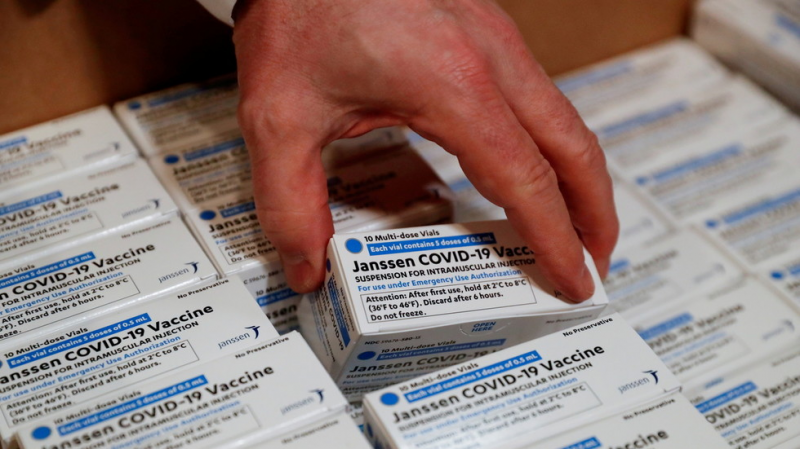 GRBS is a rare neurological disorder caused by the body’s immune system damaging nerve cells, causing paralysis in the most severely affected cases. Most people afflicted by the illness fully recover from it.

The EMA said on Thursday that its safety committee, the Pharmacovigilance Risk Assessment Committee (PRAC), established from the evidence provided and cases reported to date that there is a causal relationship between the Janssen Covid vaccine and GBS, although it is a very rare side effect.

Even though the EMA believes that GBS should be listed as a very rare side effect to the drug, the agency was clear that it still believes the benefits of the Covid jab outweigh the risks.

The EMA assessed the potential risk of the disorder after 108 cases and one death was reported among the 21 million people who have received the Janssen vaccine so far. Despite the low risk level, the EMA has stated that health officials should be aware of the potential threat, ensuring they are alert to its symptoms so that anyone affected can be diagnosed early on.

The US Food and Drug Administration (FDA) recently issued a similar warning that there is a slight risk of GBS, having assessed reports of around 100 preliminary cases of the disorder in the 12.8 million Americans who’ve had the Janssen Covid jab. Regardless, the US Centers for Disease Control and Prevention (CDC) notes in its guidance on the jab that the vaccine has “high efficacy at preventing hospitalization and death in people who did get sick,” adding that during its clinical trials “no one who got COVID-19 at least four weeks after receiving the J&J/Janssen vaccine had to be hospitalized.”