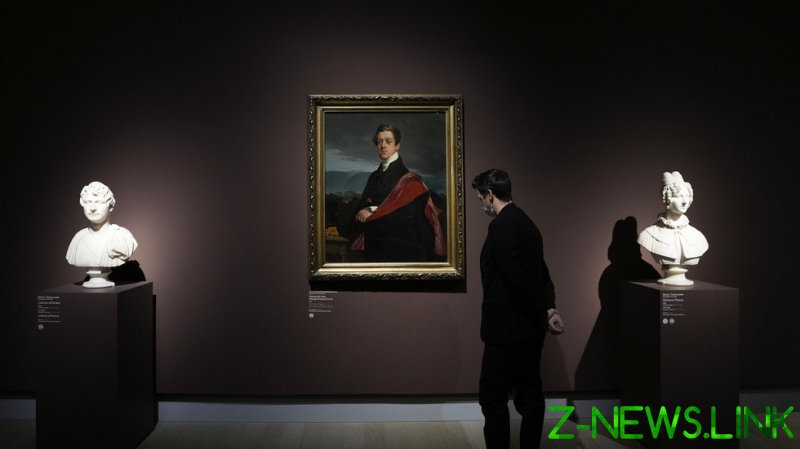 Finland announced on Wednesday that its customs service has seized Russian artwork coming back from being loaned to exhibits in the EU and Japan, citing EU sanctions against Moscow over the conflict in Ukraine. The paintings and sculptures in question belong to Moscow’s Tretyakov Gallery and St. Petersburg’s Hermitage Museum, among others, and their value has been estimated at $46 million or more.

The seizure took place over the weekend at Vaalimaa, the busiest crossing on the Finland-Russia border, but the Finnish Customs confirmed it at a press conference on Wednesday.

“The shipments that have now come under criminal investigation were detected as part of our customary enforcement work,” said Sami Rakshit, director of enforcement at Finnish Customs.

The agency justified the seizure by saying that “a paragraph” of EU sanctions against Russia – imposed over the course of the past six weeks due to the escalation of hostilities in Ukraine – referred to artwork.

The unspecified number of paintings and sculptures was being stored “with overall consideration for their value, characteristics and safety,” pending a full investigation, Finnish Customs said. The Finnish foreign ministry will consult the European Commission about the fate of the art pieces. 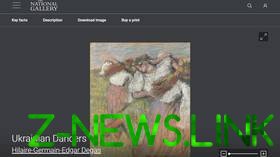 According to Russian media, the trucks contained over 200 paintings from the Hermitage and Tretyakov which had been on loan to the “Grand Tour: Dreams of Italy from Venice to Pompeii” exhibit in Milan, Italy. Another shipment was on exhibit in Japan and was also coming home via Finland.

“We are doing everything to ensure that these works are returned to Russia,” Mikhail Shvidkoy, the special envoy of the Kremlin for international cultural cooperation, told journalists, blaming the “quite complicated” geopolitical situation for the seizure. “But I hope that all things that were taken abroad will return to the Russian Federation in due time.”

Russian conductors, performers, artists and even cats and trees have found themselves subject to “cancellation” by the US and its allies, after Moscow sent troops into Ukraine in February.

In the most recent incident, Britain’s National Gallery has changed the title of a 1890 painting by French impressionist Edgar Degas, from ‘Russian Dancers’ to ‘Ukrainian Dancers,’ after a campaign by Ukrainian activists.