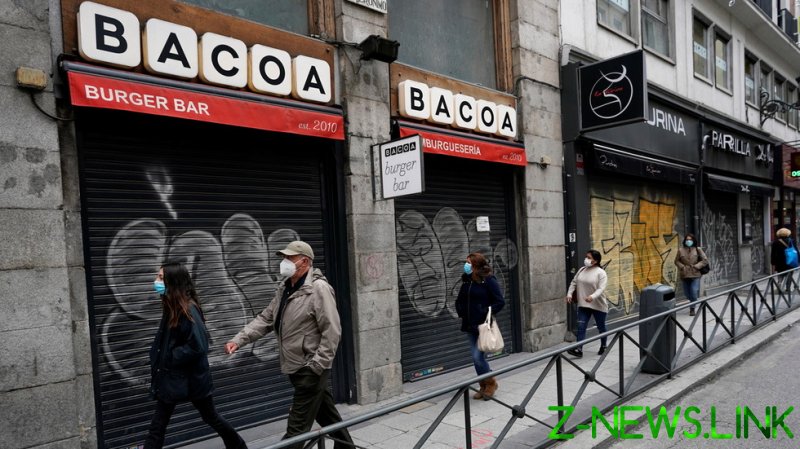 According to the agency, “There were 5.7 million fewer people in employment in the EU by spring 2020 than at the end of 2019,” with the jobless rate across the 27-nation bloc increasing from 6.6 percent to 6.7 percent over the same period.

In the 12 months leading up to spring 2020, EU employment declined by 2.4 percent, the weekly hours of those still working dropped by nearly one hour, and the share of workers employed but not working more than doubled to 17 percent. “By July 2020, nearly 50 percent of EU workers had moved to exclusive or partial telework, opening up new labor market gulfs as the more highly educated and those in urban areas were better placed to work from home.”

Young people experienced the sharpest decline in employment, while prime-aged workers (25-54 years old) and older male workers were most likely to see their work hours cut.

There were also significant differences in terms of working conditions between the member states, with France, Poland, Italy, and Greece hit hardest by the pandemic, according to the report.

“The 2008–2010 crisis saw the greatest losses in the middle of the wage distribution whereas, up to Q2 2020, the Covid-19 crisis had impacted mainly on the lowest paid workers.”

Eurofound has projected unemployment rates to grow to 8.6 percent in 2021 and to remain at eight percent in 2022.“Despite the broader impacts of the pandemic on living and working conditions and different sectors of the economy, these rates remain below the peaks experienced during the global financial and economic crisis of 2008–2010.”