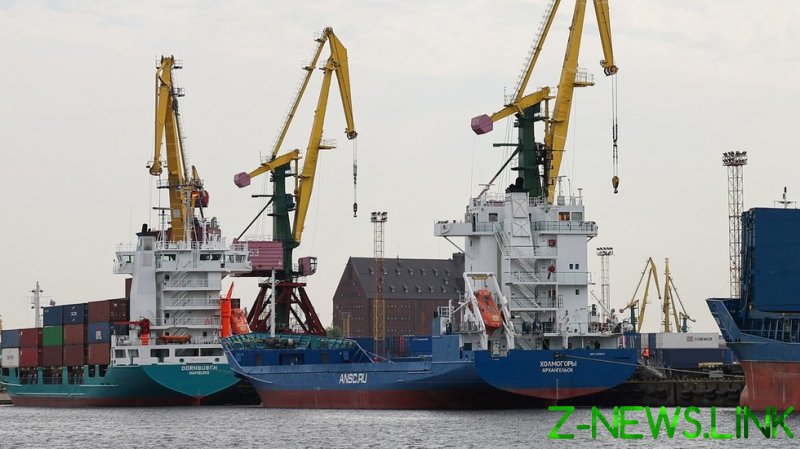 No “sanctioned goods” are allowed to be transported by Russian operators through EU territory by roads, the EU Commission has said in its fresh “additional guidance” on the transit of Russian goods. The document published on Wednesday comes amid tensions around the Russian Kaliningrad exclave. Lithuania had previously blocked the shipment of goods to the region via its territory to comply with EU sanctions against Russia.

Transit via rail is still allowed, according to the document, but only as long as the EU member states “perform effective controls.” The bloc’s nations should “check whether transit volumes remain within the historical averages of the last three years” as well as whether they reflect “the real demand for essential goods at the destination,” the guidelines say.

The transit of sanctioned military and dual use goods and technology is fully prohibited, the document says, adding that any “unusual flows or trade patterns” could potentially be suspected of giving “rise to circumvention” of anti-Russian sanctions.

The document specifically notes that the EU members “are obliged to prevent all possible forms of circumvention of EU restrictive measures.” The EU Commission also pointed to the “importance of monitoring the two-way trade flows between Russia and Kaliningrad” aimed at ensuring that “sanctioned goods cannot enter the EU customs territory.” 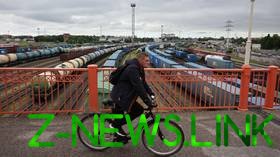 The document comes just hours after the Russian newspaper Izvestia reported that the EU is in talks with Lithuania on lifting sanctions on the transit of goods to Russia’s exclave. The media outlet also claimed that the EU had sent a draft document to Moscow in early July outlining that the transit of goods by both rail and road from mainland Russia to Kaliningrad would be removed from sanctions.

The EU, however, has denied this information. “There were no talks between the EU and Russia on the issue you’re talking about, contrary to the reports you are citing,” Eric Mamer, the EU Commission chief spokesman, told the RIA news agency when asked to comment on the reports.

The Russian Foreign Ministry previously threatened Lithuania with “tough measures” if it continued to block Russian transit to the exclave. The response measures have already been prepared, the ministry’s spokeswoman, Maria Zakharova, said on Sunday. “The European Commission, the EU must understand that the clock is ticking,” she warned.

Lithuania blocked the transit of goods by rail to Kaliningrad through its territory on June 18, with the restrictions affecting about 30% of deliveries to the Russian exclave. Moscow called the measures unprecedented and illegal, as they affect Russia’s access to part of its own territory.

Following the release of the document, Russia’s Foreign Ministry replied that it would closely monitor how the EU’s new guidelines were put into practice.

On Tuesday, Lithuania’s Customs Department reported it had stopped 34 trucks trying to cross its border from Kaliningrad and Belarus because they were transporting “sanctioned goods.” The trucks were forced to return to the Russian and Belarusian territories, it added. The vehicles were transporting car parts, furniture, glass, and alcohol, it revealed.