EU asks citizens to ‘be patient’ as anti-Russian sanctions bite 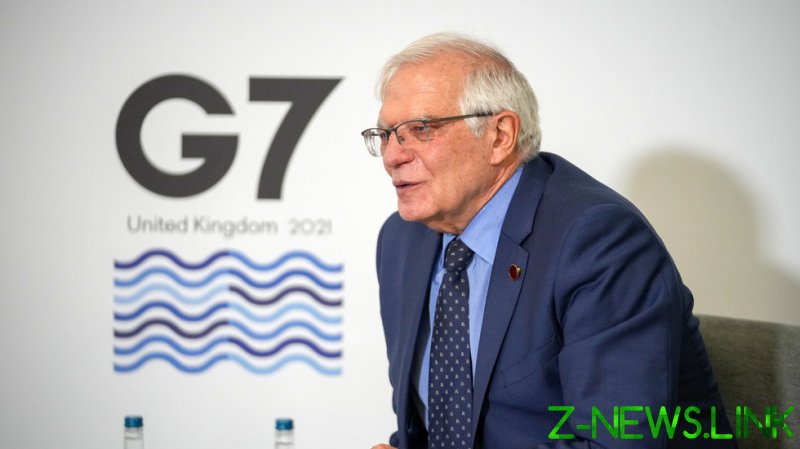 “The sanctions imposed by the EU and like-minded partners are already hitting Vladimir Putin and his associates hard,” Borrell declared in a blog post on Sunday, insisting “their impact on the Russian economy will only increase.”

“We need strategic patience until Russia stops its aggression and Ukraine is able to regain its full sovereignty,” he added.

The EU has passed six packages of punishing sanctions targeting Moscow, yet the bloc itself has stumbled into an increasingly dire gas shortage and a currency whose value recently dipped below that of the US dollar for the first time in 20 years.

One of the most recent sanctions seeks to cut 90% of Europe’s oil purchases from Russia by the end of 2022. Borrell acknowledged that “this rapid detoxification from Russian energy involves significant costs or a number of countries and sectors that we will have to face.” However, he insisted it was a small price to pay, warning that a Russian victory would amount to the destruction of Western democracy itself, as well as the “rules-based international order.”

The energy-related sanctions in the latest package make a notable exception for member states with “no viable alternative options” for energy, a loophole presumably met for Hungary, which has staunchly opposed an oil embargo on the grounds that it would harm the Hungarian people much more than it would inconvenience the Russians.

Borrell insisted earlier this month that Europe does not want war with Russia, arguing the sanctions are key to countering Moscow’s “aggression” and declaring the financial restrictions were already having an effect.

Along with the US, Europe has poured billions of dollars’ worth of weapons and financial aid into Ukraine since Russia’s military operation began in February. Borrell has promised not to allow Kiev to run out of weapons.