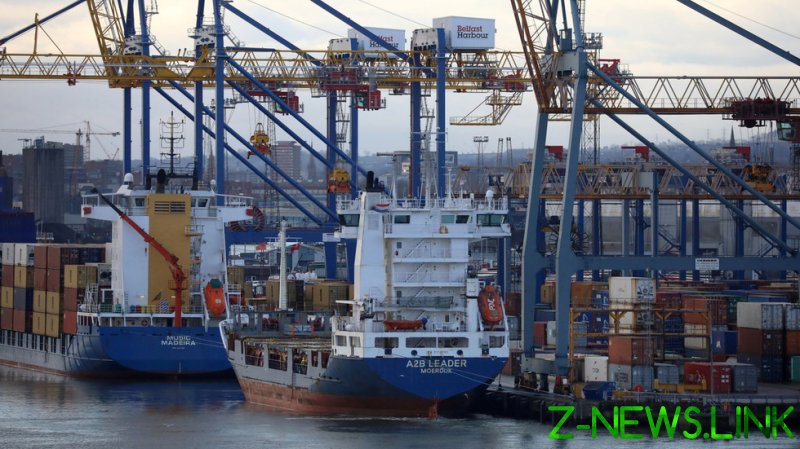 In a statement late on Friday, Brussels said that it would not take advantage of the emergency mechanism in the divorce deal with Britain to unilaterally restrict the movement of goods from the EU into Northern Ireland to stop the free flow of vaccine doses.

While the European Commission sought to assure that it was “not triggering the clause” that would have paved the way for a “hard border” between two Irelands, it said that it will spare no effort to ensure that the vaccines earmarked for the EU are not ending up elsewhere.

The reversal comes after London demanded that Brussels “urgently” explain itself amid concerns the UK’s own vaccination campaign would be undermined by the move.

“The UK has legally-binding agreements with vaccine suppliers and it would not expect the EU, as a friend and ally, to do anything to disrupt the fulfilment of these contracts,” read the statement issued by Downing Street shortly before.

Ireland’s PM Micheál Martin, for his part, raised the issue with the European Commission President Ursula von der Leyen. The EU reportedly blindsided Dublin with the now-aborted plan, with the Irish media reporting that Brussels had held “no prior consultation” with Dublin before coming up with the idea.

The measure also sparked backlash from Northern Ireland, with First Minister Arlene Foster branding the imposition of export controls against the UK by the EU an “incredible act of hostility.”

This comes as the EU is embroiled in a bitter row with the British-Swedish vaccine manufacturer AstraZeneca over the company’s decision to slash the EU’s initial vaccine supply from 80 million to 31 million doses. There have been calls by the EU officials, faced with a looming vaccine shortage, for the pharmaceutical giant to divert the vaccines, manufactured in the UK, to the EU. The company, however, signaled that it would fully honor its obligations to the UK government and blamed the EU’s vaccine woes on production issues at its European plants.

Earlier on Friday, the EU announced a regulation to outlaw vaccine exports to the majority of well-off countries, the UK included.

Under the restrictions, which are expected to stay in force at least until the end of March, vaccine manufacturers that produce the jabs within the EU, including America’s Pfizer and AstraZeneca itself, must first be given the go-ahead from a member state before sending doses anywhere outside of the bloc. The move only affects companies that previously struck deals with the EU on vaccine deliveries.

The final version of the document is set to be released Saturday, with the EU saying in a statement on Friday night that it was still “fine-tuning the decision-making process” – presumably related to who will be able to greenlight the shipments of the jab.