Home / WORLD / Ethnic headcounts and no ghettos: Denmark gets tough on immigrants, but will the rest of Europe dare to follow suit?

Ethnic headcounts and no ghettos: Denmark gets tough on immigrants, but will the rest of Europe dare to follow suit? 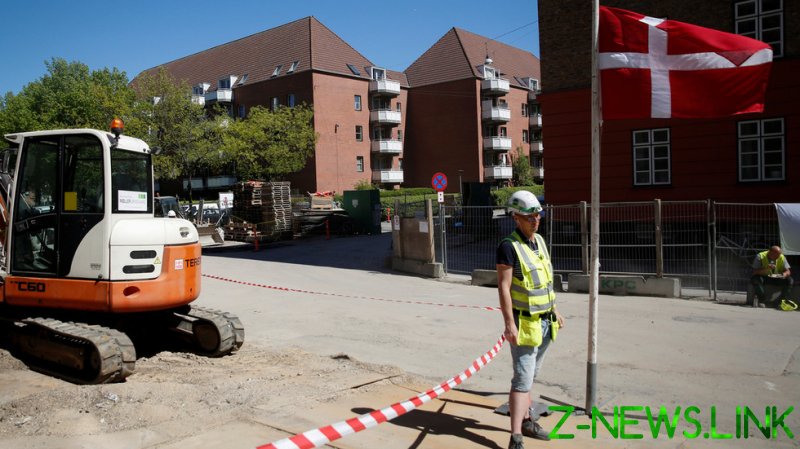 With the stroke of a pen, Denmark has rid itself of its problematic, crime-ridden ‘ghettos’, using the genius idea of simply scrapping the term altogether in tough new legislation.

So now, by law, there will be no more ‘ghettos’ in Denmark – they’ll just call them something else. Revealing the thinking behind the move, Interior Minister Kaare Dybvad Bek told AFP, “The term ghetto is misleading … I think it contributes to eclipsing the large amount of work that needs doing in these neighbourhoods.”

“These neighbourhoods” to which he refers must meet at least two of four criteria in Denmark to be put on the annually updated list of deprived areas: unemployment of more than 40 percent, no upper secondary education among more than 60 percent of 39- to 59-year-olds, crime rates three times the national average, and gross incomes 55 percent lower than the regional average. Grim.

Now let’s see how those criteria stack up against Wikipedia’s definition of ‘a ghetto’: “a part of a city in which members of a minority group live, especially as a result of social, legal, or economic pressure. Ghettos are often known for being more impoverished than other areas of the city.”

Them eggs is the same eggs. Funny thing, language.

It comes as part of Denmark’s surprisingly tough bid to crack down on parallel societies – which, elsewhere in Europe, pose a problem for those such as French President Emmanuel Macron. If passed, and there’s every reason to expect it will be, the Danish law will aim to keep a lid on the number of ‘non-Western’ residents in its deprived neighbourhoods to no more than 30 percent of the population.

It’s easy to do. The government will just stop building houses for them, capping the number of council homes in the targeted neighbourhoods at 40 percent.

Recent figures indicate that in a population of 5.8 million, around 370,000 Danish residents come from ‘non-Western’ origins.

Those who live in the neighbourhoods formerly known as ghettos face not only severe socio-economic deprivation, but are treated differently by law. Any misdemeanour carries double the legal penalty in place elsewhere in the country, and mandatory daycare for children over the age of one is enforced under threat of withdrawal of family allowances.

If Denmark wants to rid itself of parallel societies, then surely, logically, along with the new plans, maybe everyone should be treated the same? It makes no sense to announce moves to resolve the problems in troubled neighbourhoods if those who live there are made to feel excluded and persecuted. It’s head-in-the-sand stuff.

It is hard to believe that this ethnic neighbourhood headcount would fly in any of the other EU nations, or the UK for that matter, yet somehow Denmark will escape censure for what some might consider a form of racism. It makes efforts elsewhere to deal with migration problems seem timid.t

In the UK, Home Secretary Priti Patel is looking at third-country processing centres to house asylum seekers, as the numbers of migrants attempting to cross The Channel remain stubbornly high. The plan has already been branded“inhumane and cruel” by those who work with refugees and nothing has even been decided yet.

You can imagine those “lefty lawyers” she so despises already rubbing their hands together at the thought of endless appeals on behalf of asylum-seeking clients looking to exploit soft-touch Britain.

In France, President Macron, struggling with the integration of migrants into secular society and Islamic radicalisation, was condemned by Muslim leaders around the world after his government passed an ‘anti-separatism’ bill earlier this year – but its measures to combat parallel societies pale in comparison to Copenhagen’s simple maths crackdown.

Maybe dropping the personal approach is the way to address a universal problem that afflicts the nations of Western Europe. Simply ditch the ‘ghetto’ label, which is an emotionally charged term – just ask Elvis – and turn the battle against the establishment of parallel societies into a numbers game.

It could be that fewer members of one ethnic group in a neighbourhood makes it more likely they will integrate with those from other backgrounds among whom they live, especially if they can clearly see that doing so would improve their lives.

Hmmm. Maybe those Danes are actually on to something.