Eternal revolution? Ukraine’s strongman interior minister is gone, but chaos & scandal in the troubled nation is here to stay 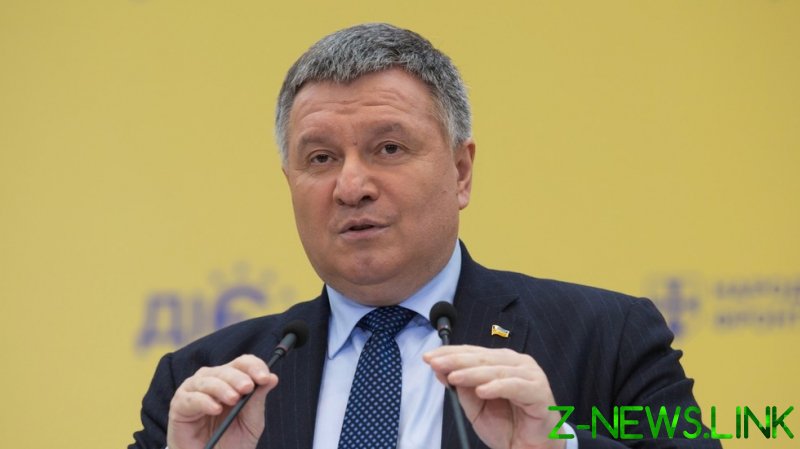 Take the French version. Was it in 1799, with Bonaparte’s coup, or perhaps 1815, with the final defeat of his attempt to export its blessings to Europe, from Madrid to Moscow? And what about the Russian Revolution? Did it end in November 1917? Or maybe in 1920 when the Bolsheviks had decisively won the Civil War?

The most pressing current example, however, is Ukraine. There have been arguments over what exactly to call the events of the 2014 Maidan in Ukraine. Revolution is one category supported by many, contested by others, some of whom prefer “coup.” Let’s assume it was a revolution.

Was it all over when the former President Viktor Yanukovych fled in February 2014? Or when the first president who was not – at least then – part of the old power elite took over, that is with the victory of President Volodymyr Zelensky in 2019? Or is it only just ending now, with the resignation of Interior Minister Arsen Avakov?

Why would the veteran power-broker be so important? For one thing, because he has been – as everyone agrees – an extraordinarily powerful politician in post-2014 Ukraine. He served under two national leaders, or three if you include an acting president, and four prime ministers – five if you count an acting one.

He is, in fact, the one and only top Kiev political figure who survived in the same office since 2014. For a long time, he clearly was indispensable and dangerous enough to impose himself on everyone around, including – up until now – the country’s presidents. And this occurred in an otherwise volatile political system that tends to quickly dispense with its top leadership. Avakov accomplished this feat not by hiding in a political niche either.

Imagine an equally long-lived minister, but in charge of, for instance, education. No doubt, education is important, but – unfortunately perhaps – being the head of policing and security is in an altogether different category of power.

Clearly, President Zelensky’s support for – and probably fear of – Avakov has been waning. Just a year ago, the president saw, in effect, no end in sight for the tenure of his “really strong minister.” A month ago, however, he has been clear that Avakov must go if the case of the scandalous – and scandalously unresolved – 2016 murder of Russian journalist Pavel Sheremet, killed by a car bomb, should take a fresh turn.

The Sheremet case may have played a role, at long last, in the timing of Avakov’s resignation. But let’s be clear: Avakov has not fallen because of the Sheremet case, important and resonant as it is.

Because, if that kind of failure could have cost him his office, it would have done so long ago. Avakov or his ministry have been linked to a number of major incidents in the country, and, to put it mildly, never in a manner inspiring trust. He has had a string of scandals involving criminal violence, oddly botched or sabotaged investigations, and cover-ups – involving links to the police, special forces and nationalist formations.

The list of such incidents is long. Especially egregious cases include a bizarre as well as murderous intra-police shoot-up – gangland-style – in December 2016, the particularly cruel and lethal sulphuric acid attack on the anti-corruption activist Ekaterina Gandzyuk in 2018 who made a point about not trusting Avakov’s cops, the death-by-police of Kirill Tlyavov (aged five) in 2019, and so on, and so on…

So how has Avakov survived so long as interior minister? Assuming his tenure is actually over, and he does not re-emerge, resurrected, back into the role, ready to continue.

For many politicians and media in the West, Avakov started his office with reckless advance credit. But at that time, just after the ouster of former president Viktor Yanukovych, that was a very low bar. Those were the days when the American government controlled RFE/RL described Andrey Parubiy – literally a former neo-Nazi and still (at least) very far-right leader – as “a seasoned politician.”

Yet that kind of blind trust has been worn down, except perhaps among the pathologically biased. It cannot explain Avakov’s political longevity. What, then, can? That brings us back to the question of when revolutions end.

Some Ukrainians may take offense at the idea that, in his own way, Avakov has stood for key aspects of the 2014 revolution and the political order it created. And, no doubt, it would be very unfair to caricature Ukraine as “Avakov’s country.”

But it is unrealistic to not recognize the obvious: such a long career – in such a powerful office, against the background of so many failures, scandals, and suspicions – is not a coincidence. On the contrary, Avakov’s long run at the top points to the dark side of the Ukrainian revolution, namely the devil’s pact with the far right made in 2014 and never renounced.

And let’s be clear here as well: Ukraine has not been ruled by the far right, as sometimes claimed by biased or propagandistic observers. But, since 2014, ruling Ukraine has always required coming to terms with the far right.

And that – and its cost – is exactly what Avakov, with his pandering to organizations such as the Azov Battalion and its offshoots, has personified more than any other single top leader.

It is that devil’s pact, the turn to violence and an alliance with the far right – welcomed at the time by irresponsible Western cheerleaders, such as the big-league Anne Applebaum or the middling Alexander Motyl – that has fostered a solidly entrenched, well-connected (nationally and internationally), media-savvy, and thoroughly emboldened ultra-nationalist fringe. Some Western observers, by no means unsympathetic to Ukraine, have by now acknowledged this fact.

This far right has terrorized political opponents, the LGBTQ community, Roma and others, journalists, and anyone not judged “national” enough by its perverse standards. It has captured places within the power structure of the Ukrainian state. It is exceedingly well-armed and trained. It is a threat to Ukraine’s democratic development and internal peace nourished, up until now, by the Ukrainian state.

Avakov’s longevity in office remains a mystery. But if I had to guess its reason, my money would be on his dangerous key position in handling the dirty compromise with the far right by taking a large part of it under his de facto protection. Avakov’s failure at police reform is one thing, and to be fair, not that unusual. His “success” at building a special relationship with the far right is another. That is also where his true originality and legacy are to be found. And there is nothing to be proud of here.

If Avakov’s resignation as interior minister were to turn into the beginning of the end of that devil’s pact, the dark side of Ukraine’s real revolution, warts and all, then it would bring an important if hard-to-acknowledge aspect of it to an end. And better late than never. This is a big if.

But such an outcome is not likely, given that even his designated successor seems to hold out few hopes for real change.

Avakov may be gone, but the Avakov era – and the troubles it has brought – may not be at an end.