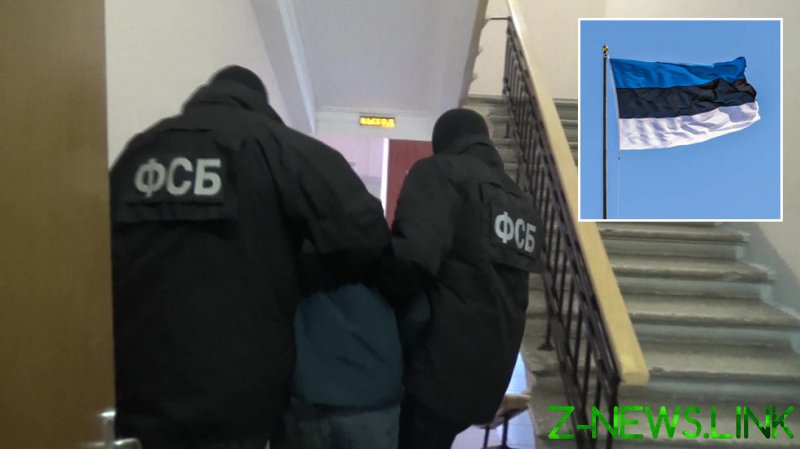 In a statement issued through the agency’s press service, officials said that Laette has been taken into custody after being “caught red-handed while receiving materials of a classified nature from a Russian citizen.”

The FSB stated that such activities “are incompatible with the status of a diplomatic representative and are clearly hostile in nature towards the Russian Federation.” According to the FSB, “measures will be applied to the foreign envoy in accordance with the norms of international law.”

However, responding to the allegations, Estonian government officials said that the detention was “a set up” and the charges against Laette were “groundless.”

In April, Russia announced that the Ukrainian consul in St. Petersburg had been detained by security forces. Alexander Sosonyuk was expelled from the country after being caught holding “a meeting with a Russian citizen, during which he received secret information from law enforcement and FSB databases.” Kiev insisted it had no knowledge of the incident and accused Russia of “hostile” behavior.

Estonia, a former Soviet Republic, joined both the European Union and the US-led NATO military bloc in 2004. In recent years, its relations with Moscow have grown increasingly tense. In December, defense officials in the capital, Tallinn, said that work had been completed on an eight kilometer border fence to separate the Baltic nation’s territory from its larger neighbor.

“We all understand that a well-equipped border furnished with the needed technical means and secured is very important for Estonia and the EU to live safely,” the country’s interior minister, Alar Laneman, said at the time.

Despite poor political ties, a significant  minority of those living in Estonia are Russian citizens or of ethnic Russian descent, with Russian-speakers estimated to number around 300,000 in the tiny country, which has a total population of only around 1.3 million.