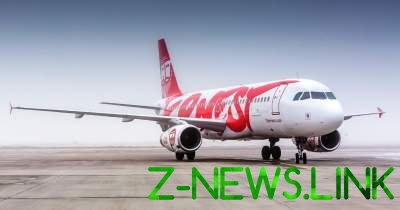 Flights start in the summer.

Italian loukoster Ernest Airlines resumes flights from Venice to Lviv after a few months break. Budget flights between the Italian and Ukrainian cities was interrupted in the beginning of 2019.

Will start flights to Lviv from mid-June to the 14th number. Currently on sale are tickets for the different dates until October 26 of the current year, as evidenced by data from the booking system of the carrier. The flight Venice – Lviv will be operated every day, three times a week, on Mondays, Wednesdays and Fridays.

The ticket price in one direction cannot be called quite cheap flights at minimal price will cost passengers in 66 euros. Accordingly, the cheapest flights there and back will cost 132 euros per person. It is worth to note that the services and Luggage will have to pay separately.

Ernest Airlines and have previously completed flights between Venice and Lviv, but the flight was cancelled in January of this year. At the same time, the airline ceased to perform flights in the Ukrainian city of Milan. On the resumption of flights between Milan and Lviv at the moment it is not.

However, the Italian carrier and already offers a sufficient number of routes to the city and out of it. So, in addition to Venice to Lviv can be reached from the airports of Rome, Naples and Bergamo.

At the end of March, the airline announced the new flight in the Ukraine on the route Rome – Odessa. It is planned that the flights will be operated twice a week and will start in April.