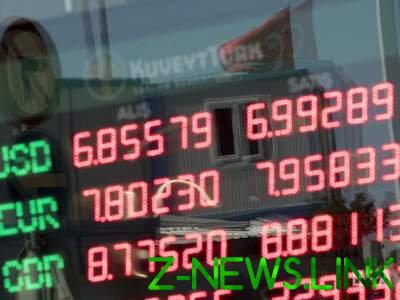 On 15 August, the exchange rate of the Turkish Lira increased slightly, reaching of 5.96 per dollar, but last week he reached a 7 lire per dollar, more than twice the rate of a year ago.

The fall of the Lira began after U.S. threats to impose sanctions against Ankara, if the Turkish authorities released pastor Andrew Brunson is accused of supporting a military coup in 2016. The priest faces up to 35 years in prison.

See also:  Parents began to refuse to dress their children in uniforms by may 9

The US President Donald trump, on 10 August ordered to raise two times the tariffs on imported steel and aluminium from Turkey due to the deterioration of relations with this country.

Turkish President Recep Tayyip Erdogan said that his country will not yield to pressure from the States. “They have dollars and we the people and our Lord,” Erdogan said, urging people to transfer savings in Lira.