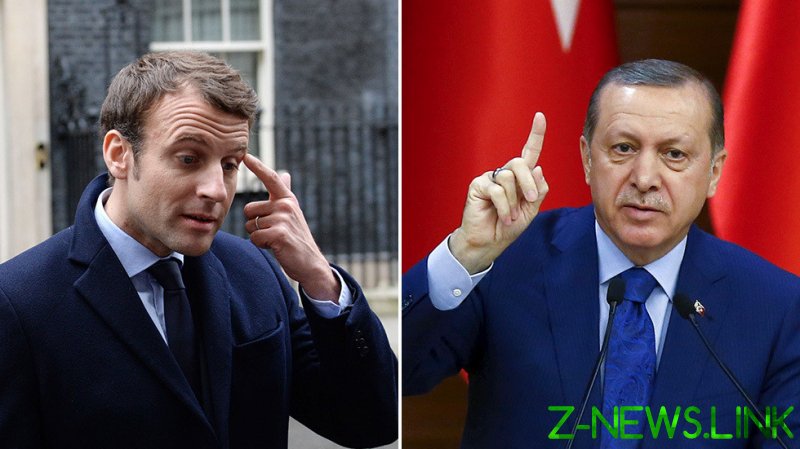 “What is Macron’s problem with Islam and Muslims? He needs mental health treatment,” Erdogan said at a meeting of the ruling Justice and Development Party on Saturday, Turkish media reported.

Erdogan has been highly critical of the rhetoric Macron has employed to combat Islamic extremism in France. In early October, the French leader stated that Islam was “in crisis” worldwide due to the rise of fundamentalism. In the same speech, Macron rolled out a set of steps aimed at strengthening the country’s secular values and curbing what he dubbed “Islamist separatism.” The Turkish president denounced Macron’s stance as a “clear provocation,” accusing him of targeting Islam in order to “cover up” his failures in domestic policy.

The French government renewed its pledge to crack down on radical Islam after the nation was left shocked by the murder of Samuel Paty. A middle school teacher, Paty was beheaded in a Parisian suburb on October 16 by a young Chechen refugee after he showed a cartoon of Prophet Mohammed to his students as part of a class on freedom of expression. In response to the killing, officials promised to strengthen the oversight of the funding of mosques and to shut down mosques and Muslim NGOs accused of spreading hate online, among other measures.