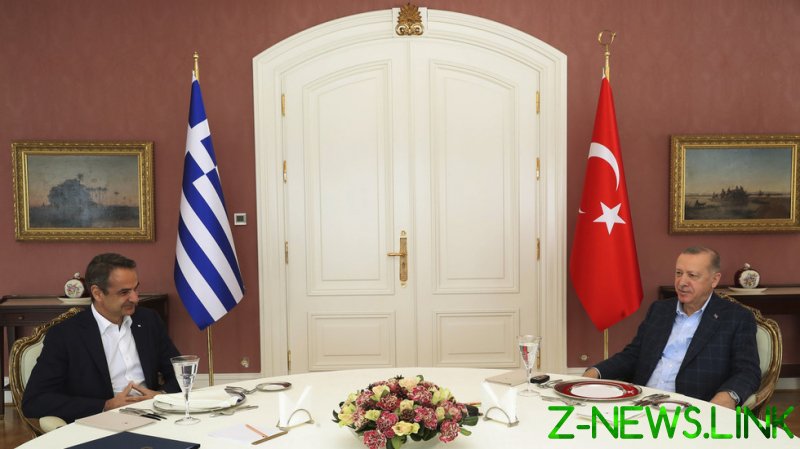 Turkish President Recep Tayyip Erdogan has lashed out against the Greek prime minister, saying Kyriakos Mitsotakis “no longer exists for me” as he prefers to deal with honorable politicians “who keep their promises.”

“There’s no longer anyone called Mitsotakis in my book,” Erdogan said in a televised address on Monday, as cited by AP. “This year we were supposed to have a strategic council meeting… I will never accept having such a meeting with him because we walk on the same path as politicians who keep their promises, who have character and who are honorable.”

Erdogan accused Mitsotakis of sabotaging efforts to resolve long-running territorial and disputes through bilateral talks, and breaking a promise to not involve third countries. Erdogan said that the Greek premier essentially told the US government “don’t you dare give Turkey the F-16s,” when he lobbied against its regional rival’s attempts to upgrade its air force on a visit to Washington last week. 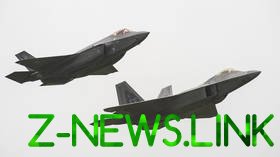 READ MORE: Greece wants new firepower from the US

Addressing US lawmakers last Monday, Mitsotakis claimed that the “last thing that NATO needs at a time when our focus is helping defeat Russian aggression is another source of instability on NATO’s southeastern flank.”

Turkey had previously been slapped with sanctions and excluded from the US F-35 program after purchasing S-400 missile defense systems from Russia, despite Washington’s warnings not to do so. Since then, Ankara has been stuck with an aging F-16 fleet it now hopes to upgrade and supplement with new aircraft. 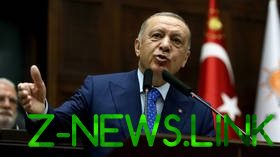 Greece has expressed concern over Turkey’s plans to upgrade its fighter jet fleet, accusing Ankara of endangering security in the eastern Mediterranean. Greece and Turkey have repeatedly accused each other of airspace violations in recent years.

Ankara has lobbied for readmission to the F-35 program, while threatening to unilaterally block the inclusion of Finland and Sweden into NATO amid the ongoing conflict between Russia and Ukraine.