Erdogan accused the West of financing of global terrorism 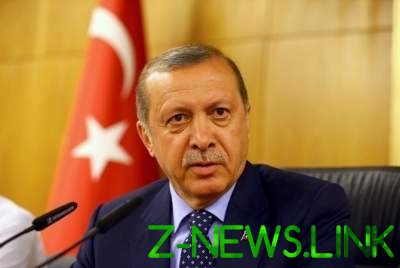 The President of Turkey, harshly, “walked” on the Western countries.

Turkish President Erdogan Ragep made accusations against some of the States which allocate funds for the financing of terrorist organizations. To name specific countries, the Turkish leader and designated them by the West.

This was discussed during his speech to supporters in the city of Afyon.

“Islamic state, al-Qaeda, the Kurdistan workers ‘party” – all of these organizations, you will see the shadow of the West. They all find refuge in the West. Where is FETO? Also in the West. They get very serious financial support, – quoted Erdogan RIA Novosti news Agency.

By the way, in December of last year, Erdogan has already accused the US of supporting the “Islamic state”. Before that, the head of Turkey stated that he was disappointed the U.S. approach to resolving the Syrian conflict. In addition, the head of state criticized the decision of Washington not to extradite preacher Fethullah Gulen, whom the Turkish law enforcement officers, and Erdogan himself is suspected of organizing the coup attempt.