Equity’s woke indoctrination of theatre critics will cause cultural segregation 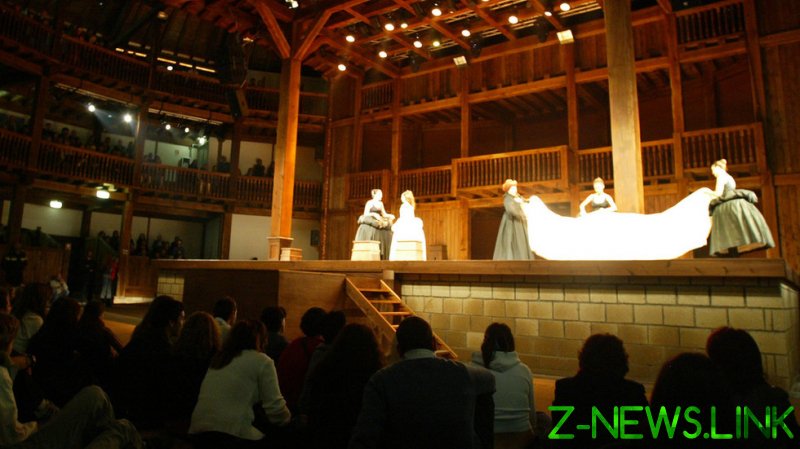 Whenever I hear of yet another new guideline that seeks to dictate what can or cannot be said, I know that it’s an attempt to restrict someone from expressing an opinion.

The actors’ union Equity is the latest body to send a ‘you can’t say that’ missive. It has issued new guidelines instructing theatre critics “to acknowledge their cultural power” by embracing the woke outlook of the cultural politics of identity.

Instructing critics to acknowledge their privilege or power is a roundabout way of telling theatre critics to unquestioningly accept the worldview outlined by Equity’s statement. This point is underlined by the guideline that instructs critics to “use current and inclusive language.”

“Inclusive and current language” is a euphemism for the recently cobbled together woke vocabulary that forbids the use of terms like ‘husband’ and ‘wife’ and encourages health providers to refer to ‘women’ as ‘people’.

Given the hegemony of identity politics in the cultural world it is not surprising that the Equity guidelines promote the divisive and philistine notion that writers should only write about subjects that reflect their “own lived experience.” It notes, “keep in mind that true objectivity does not exist so their reviews will always be influenced by their own lived experience.”

Yes, we are all influenced by our experiences, but that should not deter us from transcending them and putting ourselves into the shoes of people from very different backgrounds.

The celebration of lived experience, which underpins identity politics, is one of the most corrosive ideas to be invented in modern times. It suggests that only those with shared experiences can really understand one another and understand the predicament they face. From this standpoint, critics cannot say anything of value about actors, directors or producers whose lived experience is different to theirs.

According to Equity, critics’ lived experience implicitly limits their capacity to assess and value plays and actors whose background is different to theirs. That’s why the guidelines state “Consider whether, based on ethnicity and/or relative privilege, they are best positioned to tell and/or interpret a story.”

The implication of this statement is that what determines the quality of a theatre review is the social, ethnic or cultural value of the critic. The idea that the capacity to interpret a play depends on pre-given biological or ethnic characteristics violates the foundational principle of theatre criticism.

If reviews can only have value if they relate to a critic’s lived experience, then in effect communication about theatre and art between people with different backgrounds becomes pointless. A theatre review is good not because it was written by someone from a particular background, but because the critic was able to look beyond his or her experience. Good theatre, like all other artforms, speaks to us all as human beings, not as signed up members of a particular identity group.

In one fell swoop, these Equity guidelines call into question the universality of art and its ability to appeal to the sensibility of people from a variety of different cultural backgrounds.

The logical conclusion to be drawn from Equity’s statement is that only critics with the right kind of ethnic or cultural affiliation should review certain plays. If, indeed, lived experience is so decisive, then it would be a cultural crime for a heterosexual man to review a play about the plight of trans women.

These sentiments are already widespread in the world of publishing, where white authors are discouraged about writing the stories of black people. And since apparently men don’t get women, they are encouraged to resist the temptation of writing about the emotions of females.

Cultural segregation is the inexorable outcome of the politics advanced in Equity’s guidelines for critics.

As far as Equity is concerned, the stage is indistinguishable from the political stage. That is why it wishes theatre critics to adopt the vocation of political education.

Not only does Equity arrogantly assume that it possesses the authority to tell critics how to do their job, it has also arrogated for itself the role of educating them “to challenge their own biases and to encourage responsible writing about race.” By now, we know that the call to challenge your bias really means regurgitating the views of the educator.

It exhorts critics to “approach unfamiliar themes, contexts and stories…as an opportunity to learn.” But when Equity advocates the importance of learning, it is not referring to the study of theatre history or of drama. The call to learn is its way of telling critics they should internalise the worldviews of the authors of the guidelines. In this way, the theatre critic can turn into an uncritical cheerleader of the theatre of indoctrination.