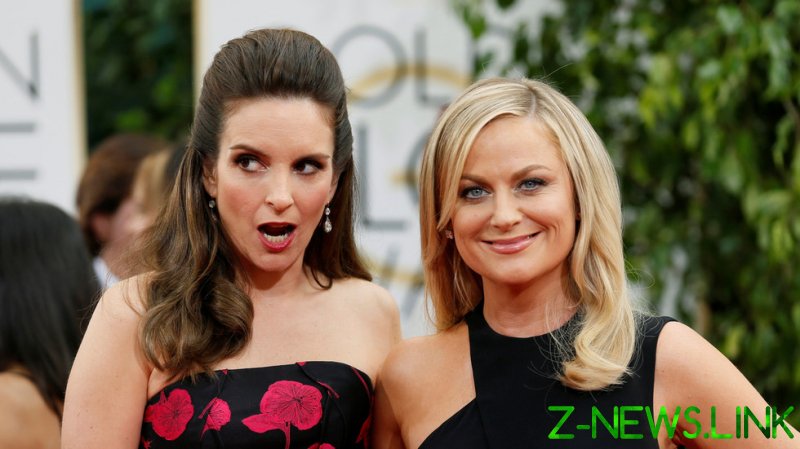 Tina Fey and Amy Poelher were announced last January as this year’s hosts, after comedian Ricky Gervais used his hosting gig to roast the elitism of the virtue-signalling celebrities in attendance.

Gervais’ Jeffrey Epstein jokes must have touched a nerve, as Fey and Poehler are about as far from his brand of edgy, offensive humor as possible, and they’ve promised a toned-down show this year.

“We just want to make it a fun hang out for people at home, kind of a stress reliever,” Fey told podcaster Jill Rappaport this week. “So I don’t think you can expect much politics at all. It doesn’t seem like a venue for political jokes.”

Much like at any star-studded awards ceremony, political jokes were a given at the Golden Globes during Donald Trump’s term in office. Jimmy Fallon fired off some groan-inducing Trump jokes in 2017 (several referencing Russia, of course), and Meryl Streep followed them up with a rambling tirade against Trump’s supposedly “racist” rhetoric. Seth Meyers used the stage to bash Trump again the following year, and Andy Samberg and Sandra Oh gave the president a pass in 2019, opting instead to celebrate the “diversity” of Hollywood.

However, cynical commenters suspected that Fey and Poehler were putting down politics this year because Trump, a reliable punching bag for liberal entertainers, is finally out of office.

“Maybe because the people she would have to make fun of are on the blue team?” one commenter wrote. “Political jokes were fine when it was red team being made fun of and called out.”

This year’s show broadcasts on Sunday night, but Fey and Poehler won’t even be in the same room. The show is a virtual one, with Fey presenting from New York and Poehler from Los Angeles, with no live audience at all.