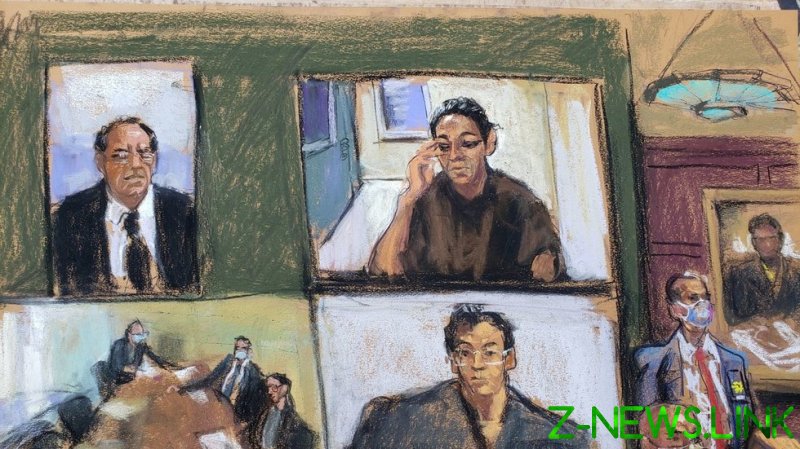 Lawyers for Maxwell, who is white, argued in court filings on Monday that because she was indicted by a grand jury in White Plains, New York, rather than Manhattan, the jury pool had a lower proportion of blacks and Hispanics than the community where she allegedly committed the crimes in question.

“The fact that Ms. Maxwell herself is neither black nor Hispanic does not deprive her of standing to raise this challenge,” Maxwell’s lawyers wrote. The Constitution requires that a grand jury be drawn from “a fair cross-section of the community.”

The grand jury was empaneled in White Plains because Covid-19 restrictions would have delayed proceedings in Manhattan. Maxwell’s lawyers speculated that prosecutors didn’t want to wait because they wanted the defendant arrested on the anniversary of financier Jeffrey Epstein’s indictment.

“The use of a White Plains jury resulted in the systematic underrepresentation of black and Hispanic persons from the jury-selection process, in violation of Ms. Maxwell’s Sixth Amendment right,” the lawyers wrote.

Maxwell, 59, was arrested last July 2, about six days before the one-year anniversary of when child sex trafficking charges against Epstein were unsealed. Law enforcement authorities said Epstein killed himself in jail in August 2019. The circumstances of the financier’s death have become a source of constant speculation, with those not buying into the official version alleging powerful people may have been incriminated by the testimony in Epstein’s case if he still was alive.

Prosecutors alleged that Maxwell, a British socialite who was Epstein’s girlfriend, recruited three teenage girls for the pedophile to sexually abuse. She allegedly groomed the girls, one of whom was 14, and sometimes participated in the abuse. She also is accused of lying about her actions in a sworn deposition.

The diversity angle was among a dozen claims that Maxwell’s lawyers made in the filing seeking a dismissal of the six charges against her. For instance, they said Maxwell should have immunity under a plea deal that Epstein secured in a 2008 case in Florida. The deal sought to protect Epstein and his associates from other charges related to sex trafficking after he agreed to plead guilty to state charges that required him to be registered as a sex offender. But Maxwell’s name was not referenced in the plea agreement.

Maxwell’s trial is scheduled to begin in July. She made an unsuccessful bid last month to be released on bail, citing “intolerable” jail conditions.