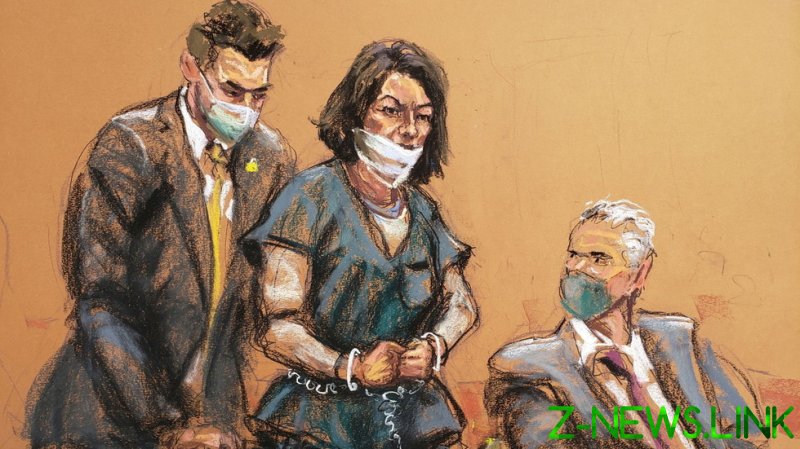 Speaking to the Daily Mail from her cell at the Metropolitan Detention Center in Brooklyn, New York, Maxwell called her incarceration a “living hell,” claiming she had been kept in solitary confinement, deprived of sleep, and fed rotten food.

“I have been assaulted and abused for almost a year and a half,” she said. She further alleged she was not allowed to exercise or have the lights in her cell turned off, saying she was “weak” and “tired.” She also said she no longer showers, as “creepy” guards would stare at her while she did.

The Daily Mail noted in its report that Maxwell appeared noticeably skinnier than in the past, with her cheeks “sunken” and her skin “pale.”

She said she has been constantly threatened with disciplinary actions for minor infractions, and her mail and legal paperwork have been “tampered with.”

“I was given a pat-down so aggressive and violent, my underwear found itself in a place it doesn’t belong. The first underwear they gave me were enormous granny pants. You could have put five of me in them. I’ll spare you descriptions of the stains,” she alleged about the guards in the New York prison.

The former socialite, who has palled around with everyone from Bill and Hillary Clinton to Prince Andrew, also described, however, creating meal plans for some guards and even playing “peek-a-boo” with them.

“I play peek-a-boo, hiding behind pillars and the guards join in. There are always smiles all round,” she said. “Then I have a ‘monster move’ where I raise my hands and growl and they do it back. We laugh.”

Maxwell has been accused of abusing and providing young girls for the late Epstein, who was facing charges of sex trafficking minors when he was found hanged in his cell in August of 2019. Maxwell was taken into custody by the FBI the following year. If convicted, she could spend the rest of her life imprisoned.

She has denied any wrongdoing, but told the Daily Mail her jury pool has been biased against her due to negative media coverage and her being described as a “socialite” and “madame” for Epstein. She also said she has been unable to prepare for her trial, and been given evidence too late in some cases.

“I look forward to finally having my day in court to prove I played no part in Epstein’s crimes,” Maxwell, who dated Epstein in the past, insisted. “I am innocent.”

Maxwell has been denied bail multiple times, and her trial begins on November 29 after the jury has been selected.