Home / sports / EPL: man city with Zinchenko beat “Lester” and made the penultimate step towards the title

EPL: man city with Zinchenko beat “Lester” and made the penultimate step towards the title 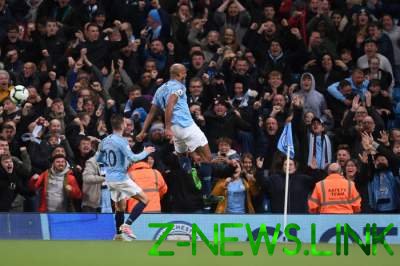 They are going to play the matches of the 37th round of the championship of England football.

Phenomenal long-range shot by Vincent Kompany, 20 minutes before the final whistle brought man city’s heavy victory over “Lester”. The citizens with Ukrainian Oleksandr Zinchenko based again beat Liverpool and crept close to a second consecutive League title. In the final round of the season, Josep Guardiola’s team will play away with unmotivated “Brighton”, which has already secured out of the relegation zone in the Premier League.

According to the results of the 37th round of the undecided third party of the Champions League from the Premier League. Chelsea have used the regular failures of competitors and guaranteed themselves at least fourth place. Last in the Champions League could leave Tottenham, who in the last round will need to win Everton FC. “Manchester United” prematurely broke up with a chance for the Champions League.

The results of the matches of the 37th round:

See also:  PSG have agreed with the Forward