Home / WORLD / ‘Entire paragraph of lies’: Carlson fires back at NSA after spy org claims he is NOT their target in ‘non-denial denial’

‘Entire paragraph of lies’: Carlson fires back at NSA after spy org claims he is NOT their target in ‘non-denial denial’ 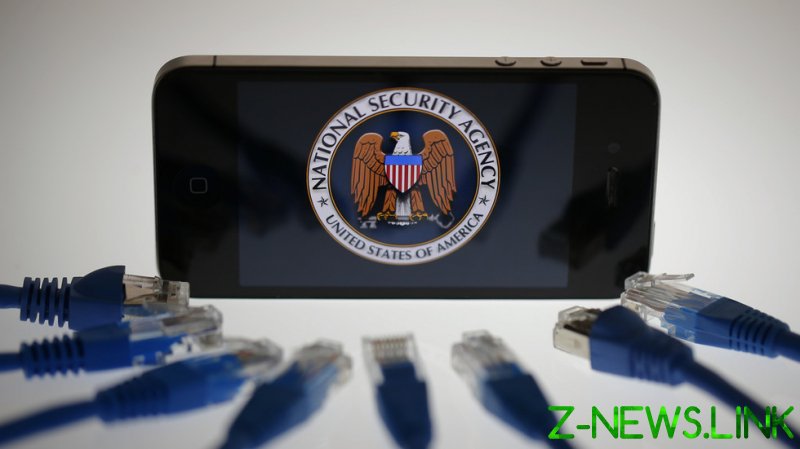 The spy agency took to Twitter on Tuesday to respond to Carlson’s charges that he was surveilled – made during a segment of his show the night prior – calling the allegations “untrue.”

“Tucker Carlson has never been an intelligence target of the agency and the NSA has never had any plans to try to take his program off the air,” it said, adding that it has a “foreign intelligence mission” and is prohibited from spying on American citizens barring explicit authorization.

The agency did not elaborate, however, on whether such authorization was issued with respect to Carlson, or if any of the cable news host’s associates might have been monitored instead, leaving room for speculation.

The response mirrored earlier comments from White House press secretary Jen Psaki, who told reporters on Tuesday that the NSA “focuses on foreign threats,” brushing away Carlson’s claims while directing further questions to the agency itself.

On Monday, Carlson said that a government whistleblower had approached his team with evidence of illicit NSA spying, claiming the insider provided details about his personal communications that could only have been gleaned from his texts and emails. He added that the org sought to leak that information in an effort to have his show pulled off the air.

The host followed up on the charges during a segment on Tuesday night, rebuffing the NSA’s public response and stating that he also spoke with the agency directly.

“Just minutes before air tonight, the NSA sent us an infuriatingly dishonest formal statement, an entire paragraph of lies written purely for the benefit of the intel community’s lackeys at CNN and MSNBC – all those people they hire with their titles on the screen,” Carlson said.

While Carlson noted that he tried to contact NSA Director Paul Nakasone, he said he could not get through. He was eventually able to reach lower level officials, but said they declined to answer his questions directly

“Orwellian does not begin to describe the experience,” Carlson said of his exchange with the agency, adding that the officials “refused to say” whether they had spied on his communications.

Other observers also weighed in online, some deeming the NSA’s statement evasive, suggesting the intel agency’s wording left the door open for some form of surveillance on the Fox host, whether direct or indirect.

“Don’t know whether NSA is *specifically* spying on Carlson, but this statement is worthless,” said former Republican Rep. Justin Amash. “1st, it denies a compound allegation re ‘monitoring’ *and* taking [Carlson’s] show off air. 2nd, it says he’s not a ‘target,’ which is a term of art. Real danger is so-called ‘incidental collection.’”

Journalist Glenn Greenwald – a major NSA critic who helped to publish a massive trove of the agency’s documents leaked in 2013 by contractor Edward Snowden – took corporate media outlets to task for their coverage of the controversy. He slammed “CNN and NBC personalities who never heard of ‘incidental’ collection,” referring to a practice by which intelligence agencies can collect information on American citizens indirectly, so long as their primary target is based abroad.

A major scandal at the time, the Snowden leak revealed the NSA had engaged in illegal mass surveillance of Americans, as well as foreign allies, for years on end, despite repeat denials from US officials.

Even some of those skeptical about Carlson’s accusations asked for a more direct response from the NSA, apparently deeming its statement too vague. Other critics remained unconvinced about the pundit’s charges, however, saying they “require more evidence” and have not been substantiated beyond Carlson’s claim of a still-unnamed whistleblower.

Former MSNBC pundit and fervent Fox critic Keith Olbermann took some extra poetic license with the NSA statement, calling it “obvious” proof that Carlson was in contact with a “foreign entity trying to harm the USA.”