Home / WORLD / Enough is enough: We can’t surrender our freedoms just because lockdowns have shown authoritarianism can curb society’s excesses

Enough is enough: We can’t surrender our freedoms just because lockdowns have shown authoritarianism can curb society’s excesses 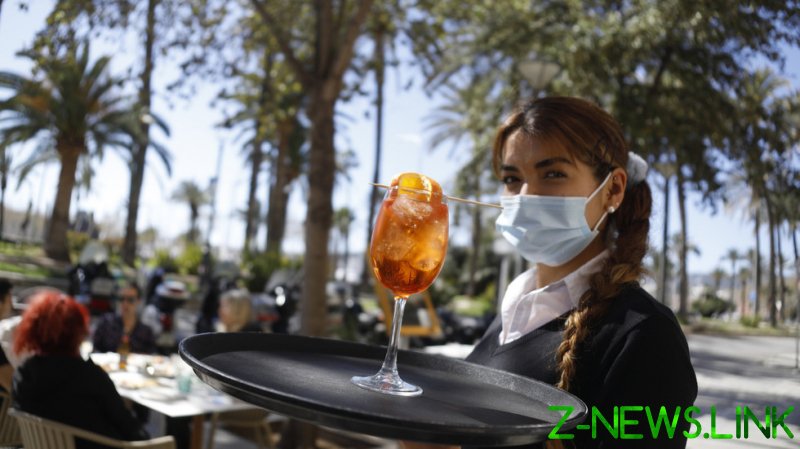 At some point in the future, when we look back at the unprecedented and seemingly interminable authoritarian restrictions many have been forced to live under over the last year, we should ask ourselves, “What were we thinking?”

Because, as the tide of the coronavirus pandemic starts to recede unevenly around the globe, governments who brought in tough rules on movement and personal freedoms seem to be dragging their heels over a return to life as it was at the start of 2020, and there is a distinct lack of protest over their tardiness.

This attitude is playing into the hands of the governments who have realised the significant gains to be made from keeping the public in check. Talk of innumerable variants, third waves, and potential surges in the autumn or winter is used as cover by public health officials who have tasted the authoritarian Kool-Aid, and kinda like it.

How better to break up those irritating protests than by simply imposing curfews or making gatherings of more than six people illegal? How better to cut down on specific social problems, like teen drinking, than to make it impossible to buy booze to drink with your pals in the park?

Spanish authorities are mulling over a report out last week that detailed how the restrictions on movement have led to a dramatic fall in the consumption of alcohol and drugs, cutting drunkenness among young people by half.

According to the findings in the report from the Spanish Observatory of Drugs and Addictions, results were most pronounced among those in the 15- to 25-year-old age group. Spanish Health Minister Carolina Darias pointed out that this was because their ability to buy and consume drink and drugs has been drastically curtailed by curfews, the disappearance of any sort of nightlife, and the fact that they are stuck at home with mum and dad.

But surely reducing alcohol abuse among the young will be seen as a win for Spanish society? And so public health officials must be seriously looking at how they can control this behaviour in the longer term, even once the pandemic subsides, curfews are lifted, and something like normal life returns.

The problem will be working out what constitutes an acceptable level of post-pandemic restrictions that will wash with the Spanish people, given their long and relatively recent experience of dictatorship.

Elsewhere, there are no such qualms.

In the UK, Prime Minister Boris Johnson is loath to loosen the reins on restrictions in England and is at pains to urge people “not to overdo it.” However, with shops, pubs, gyms, hairdressers, nightclubs, theatres, cafes, and restaurants all still firmly shut, it’s impossible to ‘overdo’ anything apart from attempting to make sense of the latest don’t-dos.

The disturbing realisation is that we have all become far too used to doing exactly what the government tells us to do.

In China, the authorities have used the Covid-19 pandemic to tackle a clean-up of its notorious wet markets, where animals usually seen in the zoo are served up for human consumption – despite debate still raging over whether the virus even began its lethal spread at such an establishment.

As an exercise in authoritarianism it’s pretty tame, although everyone still remembers images from the early days of the outbreak in Wuhan and the eerily deserted streets of a usually bustling Chinese city of more than 11 million people. The ability of the Chinese authorities to rigorously enforce its lockdowns is the only reason the virus is not still rampaging across the nation.

No doubt there will be some easing of restrictions as time passes, but taking firm action gives the clear impression that the authorities are in control. Leave it to them, they’ll take it from here.

Elsewhere, the people of formerly freedom-loving democracies have obligingly submitted to lengthy lockdowns, quarantines, and previously unimaginable limits on their movement. Overseas travel, for instance, has been banned in the UK without good reason, under threat of a £5,000 fine. And we are wearing it without too much complaint.

Another anomaly sees German tourists free to fly to Mallorca, in the Spanish Balearics, but forbidden from staying at a hotel in their own country. Meanwhile, mainland Spaniards are banned from travel outside their home regions and are forced to comply with curfews.

There have been protests in most European nations, but they don’t last for long, are usually broken up by police and law enforcement steaming in with dogs, water cannons and pepper sprays, and everyone just goes home to nurse their wounds. Authorities dismiss the protesters as ill-informed anti-vaxxers, conspiracy nutjobs, and far-right extremists. Not to be taken seriously.

The government’s free and easy use of lockdowns seems to have cowed us all. A huge compliant majority, kept in a state of fear by incompetent politicians with barely a grasp of what they are expected to deal with, has been pushed and pushed to see the level of tolerance and at what point pushback begins.

But we’ve stopped fighting back. We’ve stopped demanding accountability from our leaders. They’ve put freedom in our sights, but only if we don’t ‘overdo it’, and it seems that has stopped us questioning the powers that be, leaving us prepared to tolerate the abuse of our freedom until after Easter. Or maybe the end of June. Oh, wait, it’s now the autumn, Christmas or even 2022…

The longer we allow unchecked authoritarian rule to push us around under the guise of leadership during a public health crisis, the harder it will be to cast off the shackles once this is all over. And we only have ourselves to blame.