‘Enough is enough’: Mo Salah pleads for ‘violence and killing of innocent people’ to stop as Israeli-Palestinian clashes continue 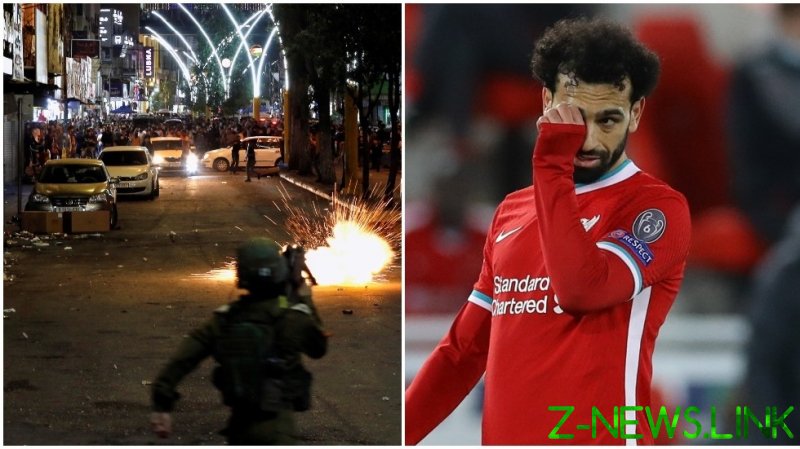 Fierce exchanges continued on Tuesday, with rockets being exchanged and no immediate end appearing in sight in the deadly conflict centered around a region considered holy by Muslims, Jews and Christians alike.

According to figures within the Gaza Strip, the small patch of land run by Hamas but whose borders are controlled by Israel, 26 people were killed by Israeli airstrikes in the territory. This figure reportedly includes nine children.

Further deadly conflict is feared as both sides of the conflict have pledged to intensify their attacks owing to continued retaliatory actions in the decades-long feud.

Several prominent Muslim figures within the sports world, including Russian MMA star Khabib Nurmagomedov, have called for a stop to the killing – and now another of the world most famous Muslim athletes has added his voice to the chorus of disapproval at the sustained violence.

“I’m calling on all the world leaders including on the Prime Minister of the country that has been my home for the past 4 years to do everything in their power to make sure the violence and killing of innocent people stops immediately. Enough is enough,” wrote Egyptian star Salah, before tagging UK Prime Minister Boris Johnson into the tweet.

Less than an hour after posting the message, Salah’s message had already been retweeted 40,000 times and accumulated more than 100,000 likes.